It Lives Again! The Periodic Table of Science Fiction 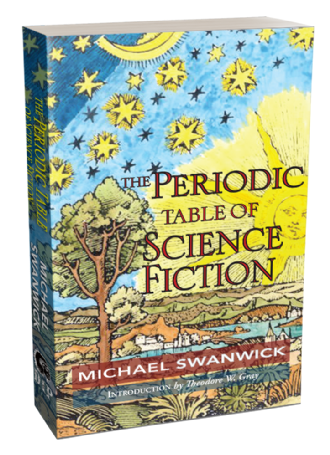 One of the questions I get asked most often is whether The Periodic Table of Science Fiction will ever come back into print.

As some here may remember, years ago I wrote 118 works of flash fiction, one for every element in the periodic table, which were published once a week on Eileen Gunn's wonderful e-zine The Infinite Matrix.  Some of the stories were funny, some snarky, some serious. Here's one:

Time agents like to rendezvous at famous disasters. It goes with the personality. They don’t trust you to remember the date otherwise.

Which was why I met Ivan at Lakehurst Naval Air Base, on the day the Hindenburg was due to burst into flame.

We were in the CO’s office – don’t think that wasn’t hard to arrange – when he gave his report. “Herr Eidenbenz wouldn’t listen to reason. So I left my briefcase under his couch and made an anonymous call to the Gestapo. He died under interrogation three days later.” Ivan grinned incandescently. “No atom bomb for Uncle Adolph.”

“Good work.” I’m Jewish myself, and if it were up to me, Hitler would be strangled at birth. But we’d tried that once, and only made matters worse. Now we rely on men like Ivan, one-in-a-billion talents who are able to remember multiple pasts, and so guide events toward the desired future. “Have a drink.”

I poured us each some of the commander’s bourbon. Through the window I could see the great zeppelin, so large and placid, moving with slow grace toward the mooring tower. It was a creepy moment for me, knowing how many people were about to die.

We clicked glasses. “Poor Eidenbenz,” I said. “Does it bother you, all the pain we inflict on innocents like him?”

“Are you nuts? I make history turn cartwheels. It’s like being a god!” He gestured toward the zeppelin. “You people are no more distinct to me than so many hydrogen atoms. You rush about and bump furiously into each other, and what difference do any of you make to where the airship goes?
“Me, I can do anything I like, and who’s to stop me? You can’t even tell what I’ve done. You forget, and think it was always so.”

He took out a pocket detonator and punched the button. Outside, there were sudden shouts of alarm. “You even forget I did this.”

The flames from the burning Hindenburg cast a Satanic glow over his features.

When the series was finished, PS Publishing picked it up and made quite a lovely hardcover book of it. The book sold out almost immediately and, well, that was that. Much to the annoyance of a number of chemistry-lovers who wanted a copy.

Which is why I am elated today to be able to tell you that, yes, it's coming back into print. A paperback edition is forthcoming from PS Publishing and you can pre-order a copy here.

(Note: the page lists the pubdate as January 2020. Not so. But it's coming soon, so there won't be a long wait. And I'll let you know when the book goes live.) 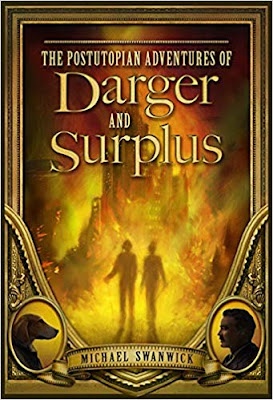 The Postutopian Adventures of Darger and Surplus, which collects all the short fiction written to date about the two admittedly charming scoundrels, comes out in April. Why not pre-order a copy now?

The book is, as you can see, a stunner.

This is, admittedly a volume book--only five stories, four flash fictions and an afterword, and priced for collectors. But if you want it, and can afford it, it's a good buy. Subterranean Press makes wonderful books.

You can find ordering information here. Or go to Subterranean's main page and wander about, marveling. And of course, it's also available from all the usual platforms. Your local bookstore would probably appreciate the order too. 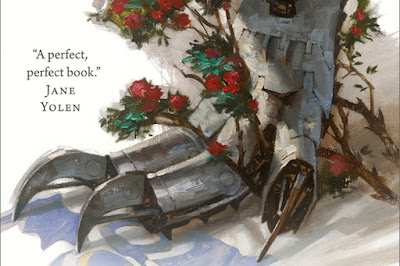 The Iron Dragon's Mother  is still available in hardback. Just the other day, in Locus, reviewer-and-editor Jonathan Strahan wrote:

The book of 2019 I loved most that no-one else seemed to be raving about (even though they should have been) was Michael Swanwick's The Iron Dragon's Mother. Ostensibly the third in a trilogy, in truth it's a standalone tale of a post-industrial fantasy which I loved very much and recommend.


I'm still Old School enough to be a little uncomfortable recommending my own work. But what the hey. I wrote the book intending it to be everything I love about fantasy and in the hope that other readers would respond to it with joy.