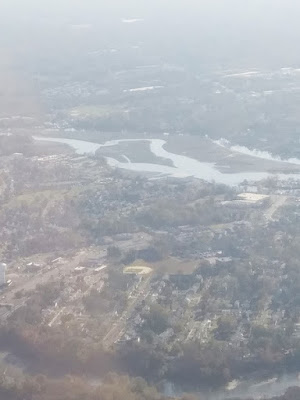 Because I didn't keep as careful a calendar as I should, I committed to speaking to a class in Ann Arbor (a beautiful city, by the way) on a day when I should have been volunteering to work the polls for the Philadelphia general election.

So I filled out an absentee ballot and Marianne stepped in for me.

"Bring three books to read, Mom," our son Sean, who is the judge of elections for the 21st Ward 19th Division and for one day her boss, told her. The mayor of Philadelphia is chosen in this election but the city is so overwhelmingly Democrat that Kenney didn't bother to run. Nor did the Republican candidate. And almost all the other candidates were judicial. It can be a lot of work to get information on what judges to vote for and whom not.

So this election was widely be anticipated to be a snoozer.

Hoo boy. Were we--and everyone else--wrong! There were lines. The division had 594 registered voters, some of whom were almost certainly dead or moved, and 205 active voters. That's more than one-third! You have to work the polls to appreciate how extraordinary that is in an off year with no major office at stake.

And, according to the news, the same thing applied everywhere in the country.

The only possible explanation is that the entire nation is gearing up for next year's presidential election. Everyday citizens are taking their franchise seriously.

That makes me feel good about this country.

Above: The view from my airplane window as I came into Philadelphia. I think I'll stay put for a little while.