Protecting Yourself From A Martini Snob 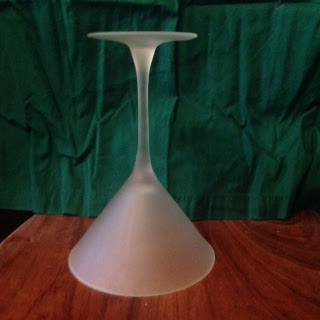 Let's imagine you find yourself cornered at a party or a convention or, indeed, any other social event by a Martini Snob. You know the type... an insufferable pedant, full of trivia about the history of that noble drink, and pronouncements from on high as to exactly what is and is not a Martini. Someone like (cough) me.

You'll want to put the dastard in his place, of course. But given his (it's always a him, isn't it?) superior knowledge of a subject you never felt the least inclination to investigate, how?

Wait for a brief lull in the torrent of words -- even the most long-winded has to stop to take a breath -- and ask, "Do you prefer your Martinis shaken or stirred?"

Nine times out of ten, the Martini Snob will draw himself up and haughtily declaim, "Shaken, of course!" Because if one doesn't chill the Martini by shaking, there is no excuse for collecting shakers.

"Interesting? How so?" the Martini Snob will ask suspiciously.

"Because you express a disdain for Martini-like drinks and yet that's exactly what you're drinking -- not a proper Martini, but a Bradford."

Nonsense will come out of the Martini Snob's mouth. He may even sputter. But you will endure it all with a saintly smile. Then, when he finally comes to a stop, you'll whip out your smartphone and suggest that he look it up.

Yes, technically speaking a proper Martini is always stirred, not shaken. Putting the fixings in a shaker and giving it a good rattling magically transforms it into a Bradford.

That's "technically," of course. Nobody uses the term in polite company. Save for the poor soul who's been cornered by a Martini Snob.

No, of course not. Whenever I fix a cold, steely Martini, I employ a cocktail shaker. And afterwards I completely eschew the term Bradford for the more dignified moniker of Martini. But I know it's wrong. Very, very wrong.

Wrong in the same way that some of the sexual practices you enjoy so much are wrong.

Posted by Michael Swanwick at 2:05 PM

Ah. Set phasers on "snark." Thank you for this useful tip.

I had always heard that one was supposed to ask for a martini stirred, as shaking would bruise the juniper berry flavor in the gin. I have never understood how one could bruise trace chemicals already in solution in water and alcohol. However, some decades ago, when my dad's summer job in high school was serving drinks at a snooty club in Atlanta (this was several decades ago), the bartender would mix up their martinis in advance and store them in gallon jugs under the bar. When a martini snob would order their martini stirred, my dad would bring it to their table in the form of an empty martini glass with a glass stirring rod and the drink in a small glass flask on the side, so the customer could pour and stir as they felt. These same martini snobs, some decades later, would likely snicker at James Bond's famous order.