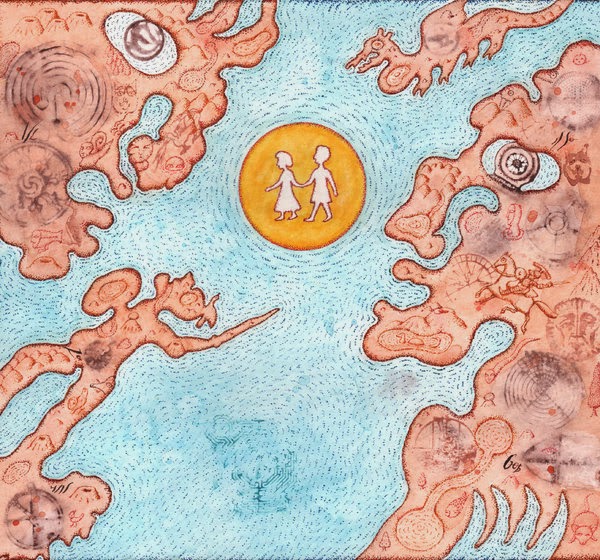 A week or so late, I discovered Neil Gaiman's New York Times review of Kazuo Ishiguro's The Buried Giant.  And was particularly struck by the grace of Neil's opening paragraph...

Fantasy is a tool of the storyteller. It is a way of talking about things that are not, and cannot be, literally true. It is a way of making our metaphors concrete, and it shades into myth in one direction, allegory in another. Once, many years ago, a French translator decided that my novel “Stardust” was an allegory, based on and around John Bunyan’s “The Pilgrim’s Progress” (it wasn’t), and somewhat loosely translated the book with footnotes to that effect. This has left me a little shy of talking about allegory, and very shy of ever mentioning “The Pilgrim’s Progress.”


... and so I decided to share with you two simple techniques that will make your book reviews (assuming you do review books) significantly better.

The first, as illustrated above, is to bring something into the discussion from the world outside the book in question.  In Gaiman's case, it's a personal anecdote, but it could be almost anything -- an interesting fact about Linnaeus's grave, the nesting habits of the halcyon, a better technique for opening walnuts -- provided only that it is pertinent to the book under discussion.

Why bother?  Because it opens out the realm of discourse beyond that of a judgmental reader confronting a book full of static words to show how the work in discussion is actually in dialogue with the entire universe.  A book is, to the extent of its author's talent, a living thing and sometimes even a magical one.  Rather than tying it to a chair and interrogating it in hopes it will give up its meaning, you should make the encounter one between the book, the reader, and the world.

You don't have time to do this thoroughly, of course.  But if you drop a hint, the reader will follow.

You can read the review here.


Next:  The second technique.


Above:  The very cool illo is by Peter Sis, author and artist.  You can find his web page here.