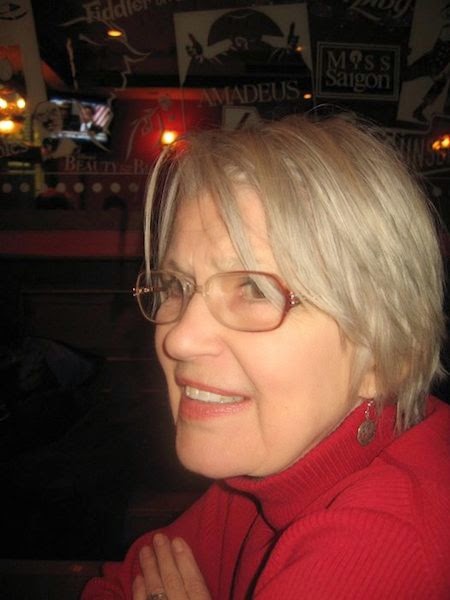 This is extremely sad.  Alice K. Turner died last night, of pneumonia.  Alice is best known for her twenty years as fiction editor of Playboy for two decades (1980-2000), during which time she was remarkably receptive to science fiction, provided only that it was as good as or better than anything else she might have bought that month.  During her tenure, the fiction -- whether genre or not -- was always worth buying the magazine for.

Alice's attitude toward science fiction showed in the fact that she kept up her association with it after retirement, attending the occasional convention, writing critical essays and, with Michael Andre-Driussi, editing the critical volume Snake's-Hands: The Fiction of John Crowley.  She also wrote The History of Hell, a work of non-fiction.

Alice was a delight to hang out with and talk with.  What she liked, she liked for the best of reasons, all of which she could articulate.  If what you had to say was worth hearing, she would listen to you forever.  But only the most boorish of creatures would attempt to dominate a conversation with her, because her wit and insight were of the finest water.

Alice's good friend, Ellen Datlow, another editor of renown, notes that a friend called her "one of the last grande dames of New York."  Not a bad encomium for a smart, elegant, and wholly admirable woman to receive.

Wasn't she also involved in a critical study of Gene Wolfe's work?

Alice made significant contributions to Michael Andre-Driussi's LEXICON URTHUS, I know, and was active in the critical online discussions of his work. Her insight into Wolfe's oeuvre was deep, bordering on the uncanny.

Yes, I relished her contributions to the Gene Wolfe listserv when I was a member.

She was a wonder, and she graced everything and everyone with her presence. She had the best laugh!