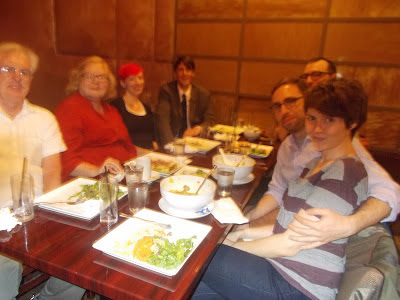 The ATM was a great invention.  Before that, you had to hit up the bank at lunchtime on Friday to make sure you had enough money for the weekend.  If you had a job, it was the only time you could access your money because "banker's hours" back then were ten to three.  And if you got an emergency assignment that made you work through lunch, then you fed yourself on whatever happened to be in the apartment pantry.

So I got the card and the instructions on how to make it work and, being an sci-fi kind of guy, wondered:  How do they keep someone from opening an account, draining it down to one dollar, telling the ATM they were depositing a thousand bucks, and then withdrawing two hundred?

A moment's reflection, and I thought:  Of course.  They don't credit the deposit until the actual money or checks have been confirmed by the bank.

A week later,  I read an article in the Inquirer stating that the new ATMs were no longer crediting deposits immediately.

It's amazing how naive bankers are.

You've probably read about the Great Cyber Heist.  An international gang took advantage of the fact that banks in the United Arab Emirates and Oman have sucky security, and that American credit and debit cards are so far behind the technological curve that they still use magnetic strips.  As a result, the gang was able to empty out ATM machines up and down Manhattan using a little hacker legerdemain and hotel room keys!  Strangely cool, actually.

Except.  These guys apparently forgot that they were living in 2013.  They were filmed every step of the way -- at the machines, on the street, everywhere.  It never occurred to them how easy they would be to trace.

It's amazing how naive criminals are.

You can read about the heist here.  Or here.  Really takes you back to the days when Cyberpunks roamed the earth, dunnit?


Above:  My rather blurry snapshot of those members of the Avram Davidson Society who met for lunch in Manhattan yesterday.  An erudite time was had by all.

That is Henry Wessels in the rear on the left, no?

Otherwise, your wife is, I believe, second from the left.

Several others should be recognizable, but your photo and my eyes are not balancing each other out.

Well, that and that Greg Feeley (far left) parted his hair differently.

So who are the people on the right side?

And it is a beautiful book.