My Worldcon Brunch-Interview with Scott Edelman 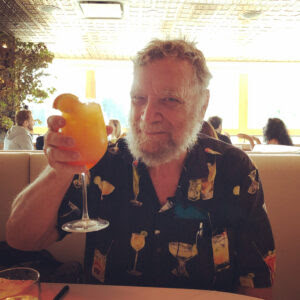 One morning at the Chicago Worldcon earlier this year, Scott Edelman treated me to brunch and recorded a rambling-filled anecdote interview for his Eating the Fantastic podcast. At least, that's how I vaguely remember it. While I value what I've written immensely, I don't pay much attention to what I've said. It leave my mouth, enters the air, and disappears.

But here's how Scott remembers it:

We discussed his response to learning a reader of his was recently surprised to find out he was still alive, how J. R. R. Tolkein turned him into a writer, why it took him 15 years of trying to finally finish his first story, how Gardner Dozois and Jack Dann taught him how to write by taking apart one of his tales and putting it back together again, why it was good luck he lost his first two Nebula Awards the same year, the good advice William Gibson gave him which meant he never had to be anxious about awards again, which friend’s story was so good he wanted to throw his own typewriter out the window in a rage, the novel he abandoned writing because he found the protagonists morally repugnant, why he didn’t want to talk about Playboy magazine, the truth behind a famous John W. Campbell, Jr./Robert Heinlein anecdote, and much more.

So apparently I was pretty interesting.

You can find Scott's blog and instructions on where to find the interview here.

Above: Photo and copyright by Scott Edelman.

Posted by Michael Swanwick at 7:51 AM