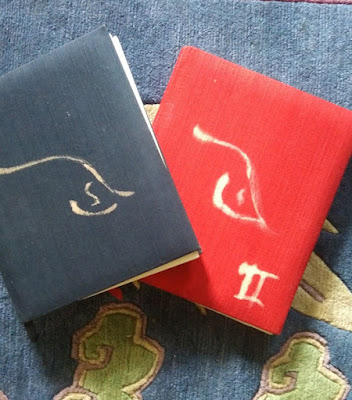 If there is a theme to this blog--and who knows?--it would be that whenever I'm busiest and most productive, I have the least to say. Conversely, when I have announcements galore, I'm rarely getting much of anything done.

Right now, because I am waist-deep in any number of very interesting projects that I cannot yet talk about, I have almost nothing to say. So I thought I'd share a few pages from the Iron Dragon Notebooks, compiled as I was writing The Iron Dragon's Mother, to keep my notes and thoughts in one easy-to-find place.

Don't worry, I'm not going to share every page of them, the way I did with the Image Book. But when  it's a question of dipping into them or letting the blog lie too long fallow... 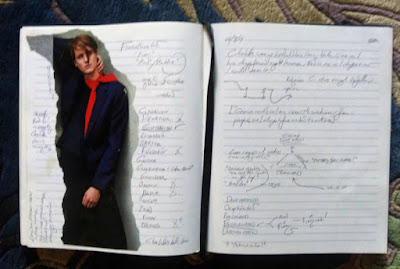 Here's an interior page with a picture of Caitlin's half-brother Fingolfinrhod that I think really captures him. As the text in the bottom left corner puts it:

The pages are largely taken up with the attempt to find a name for the character. Apparently he came close to being named Echthelion, hard thought that is to imagine.

At this point, Caitlin was still named Charlotte. 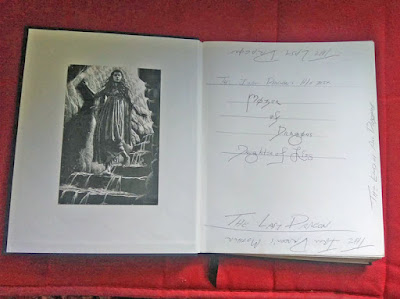 Finally, here's the inside cover of Book I.As you can see, I was originally thinking of calling it Mother of Dragons. The success of a Certain Show on HBO put the kibosh on that.

It's probably just as well. The Iron Dragon's Mother seems to be the title the book was meant to have.

Pansexual? He is attracted to kitchenware? Or possibly Miley Cyrus?

I suspect our favorite rogues are converging on Europe. Now those gents are pansexual,