The Voice of the Wolfe 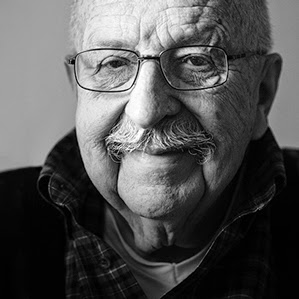 Over at MIT Technology Review, there's an interview with Gene Wolfe by Jason Pontin.  Gene never comes to these things with an agenda, so most of the weight in his interviews falls upon the interviewer -- how knowledgeable he or she is, how interesting the questions are.  So it's to Pontin's credit that he evoked such open responses as:

In The Book of the New Sun, I wanted to show a man who was raised to do terrible things and who reforms himself from inside. And so I thought up the Guild of Torturers and made the man a torturer. And in The Book of the Long Sun, I wanted to show another kind of man, brought up in a bad religion, working his way through it. So I came up with a fake religion in which the personalities of a long-ago tyrant and his family have been elevated to godhood in an artificial world.

and, when asked what self-deceptions being in the Korean War had stripped away from him:

Oh, that I was smarter than other people.

Which I am sure is going to be the source of recurrent arguments among Wolfe scholars for a long, long time to come.  Because, speaking as a smart person myself and one who knows many people much smarter than I am, Gene is one of the two or three smartest people I've ever met.  And yet... I can hear the sincerity in what he said.  He really means that.

I've got two theories as to what's behind that.  One is that he means something like "street smarts," the wisdom of one's everyday choices.  The other is that he's looking on human intelligence and seeing that sub species aeternatis, the range of human intelligence is not really that broad.  Both of these being valid observations.

That was a very melancholy and revealing interview. I was saddened to read that Mr. Wolfe 83rd birthday was darkened by finding out his dog had died. I hope some of his family lives n Peoria.

There was one strange omission in the excerpt from 'The Fifth Head of Cerberus'...the interviewer didn't cite Number Five's brother's name, David. My twin brother, David, had blonde hair and blue eyes, and I have brown hair and brown eyes. Serendipity.

"For instance, I could write a story in which a man has a conversation with his gun. I might do that sometime." Now there's an idea!

I took it that Gene's experience was similar to that of so many bright twenty-somethings encountering the real world for the first time and realizing that you do not, in fact, have the world all figured as a college sophomore, and the yawning gulf between your limitless self-regard and your dawning realizations of your vast ignorance of many facets of the world.

I also suspect that Gene had the humbling (and very common) experience of knowing people in the army who he initially looked down on as an intellectual inferior (even if only unconsciously), only to find them far more knowledgeable and competent in some realm of knowledge than he.