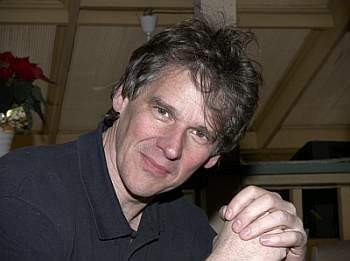 A few months ago, I received an Advance Reading Copy of Peter Watts' new novel, Echopraxia, from  Tor, the publisher.  They were looking for a blurb.

I couldn't give it one.

Not that the book wasn't brilliant.  Watts is always brilliant.  But there was so much science-stuff going on and all of it integral to an understanding of the book that I simply couldn't boil it all down to a coherent four or five sentences.  I tried and, after a lot of hard work, I gave up.

Echopraxia is not an easy read.  To begin with, it's a sequel to Blindsight, which also had enormous amounts of science-stuff going on and which ended with the death of pretty much everybody including (I think) the human race.  It was, mind you, a wonderful play of ideas; once you accept that in a Peter Watts novel everyone and everything is going to end badly, the narrative is exhilarating.  If you haven't read the first novel, the second will leave you baffled.  There's simply too much science-stuff going on to leave room for a reader-friendly recap of what came before.  So the motivations of several of the major players in this secret war for the control of human consciousness will be opaque to anyone who starts with Echopraxia.

It's also worth noting that Echopraxia ends with several essays on the science-stuff (mostly neuroscience) covered in the book, along with citations for the original papers and links to more essays Watts has posted online.  This can be exhilarating.  Or it can be daunting.  It all depends on how you feel about science-stuff, particularly neuroscience-stuff.

Love it or loathe it, this all makes for a certain density of prose.  The best way to think of this, I believe, is as the science fictional equivalent of Phil Spector's great contribution to pop music, the Wall of Sound.  Just as Spector created a dense, overlapping, reverberative sound made up of many instruments playing at once in order to push through the sonic limitations of the jukeboxes and AM radios of his time, Peter Watts has created a dense, overlapping, reverberative Wall of Science that attempts to push through the limitations of the prose science fiction novel.

Anyway, that's one of the things he's up to.  As I said, there's a lot of science-stuff going on in there.


Above:  Peter Watts.  Echopraxia (also known as echokinesis) is the involuntary repetition or imitation of another person's actions.  If I tried to explain its relationship to the novel, we’d be here all day.

I read Blindsight six or seven years ago, I believe it was. The book was so very bleak that I ended up wanted to chew off the hand that was holding the book. But, yes, the "Wall of Science" is a very good description. I got much the same feeling from "Accelerando" by Charles Stross, "Snowcrash", "Neuromancer", "Dune", and "The Stars My Destination". They all have a high density of information, but of course, none of them are quite as bleak as Peter Watts.

Actually, by some readings (including mine, but this will be far from a majority view), the ending of Echopraxia is upbeat. But the rest of it is rather bleaker than Blindsight was.

I sometimes think that Watts is writing for the working scientist. And doing a good job of it.