After The Good Advice... 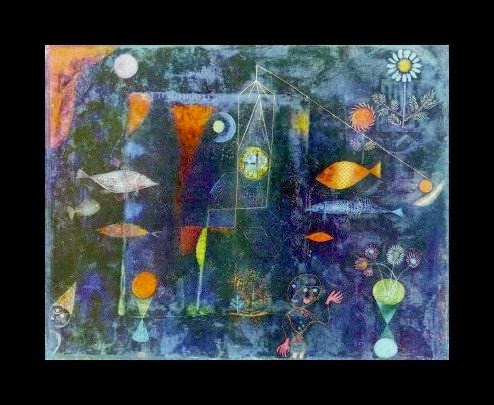 So many people congratulated me on my goh gig at the MidAmericon 2!  I'll write something tomorrow to thank them all, when I'm not so washed-out and weary from travel.  For today, though, the following brief thought...

My last conversation in London was in Heathrow with a writer (one who, as you'll see in a sec, would not thank me if I used his name) who told me his stories were all beginning to sound alike, climax in the same place and so on, and asked me how to mix it up.

So I did my best.  I checked and found he was reading the magazines voraciously, which was good because you want to compete with the very best of the contemporary writers.  I suggested he go back and reread some of the classic Fifties and New Wave stories to see if any of them sparked a response.  ("This is so wrong-headed!" is an even better story-sparker than "how dare this person write something cooler than I'm working on!")  And I suggested he go out and look at things he's never seen before, stuff that has not much to do with narrative art, and try to daydream a story out of them.  (I've gotten whole stories out of Picasso and Miro exhibitions and many tweaks and details out of individual paintings.)  It was a short conversation -- I had a plane to catch -- but I did my honest best to be of use.

Afterward, though, I thought of one thing I had not said.  It was not advice, so I would not have given up any of what I'd told him to make room for it, but it might be of a lesser usefulness.  So I'll address him directly here:

It's a good sign that you saw this problem, that it disturbed you, and that you're looking for a solution to it.  Every serious writer I know has these kinds of problems, is disturbed by them, and looks for solutions.  It's part of the job.

That's all.  I just thought he -- and by extension a lot of other young writers, both published and someday to be -- could use a word of encouragement.


Above:  Paul Klee's Fish Magic.  A wonderful painting, far better and more profound than the image above makes it look, now in the Philadelphia Museum of Art.  I've spent hours staring at it.  It was a big influence on "Slow Life."

Posted by Michael Swanwick at 8:11 AM