Lost Techniques for Conveying the Unspoken and the Unspeakable 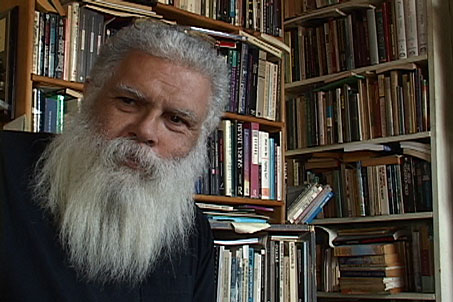 I've been reading the Summer 2011 issue of the Paris Review, which contains interviews with William Gibson and Samuel R. Delany.  In his interview, Chip (as his many friends like to call SRD) makes an interesting observation (here cut down slightly for brevity and to be sure it falls into the category of "fair use").  In discussing the use of innuendo and the "coyly placed line of white space," employed at a time when certain things could not be written down explicitly and (subsequently) other things could be given greater power by employing that same technique, he says:


Today, I watch seminar rooms of graduate students misread both Bester and Conrad because they no longer have to wonder about the possibility of such illegal elements occurring in the story and the compensating possibility of suggestion as a writerly strategy for representing both sex and violence.  In Tiger! Tiger! the demonic antihero, Gully Foyle, invades Robin's exploded apartment and stalks across her living room to where she cowers away from him on the couh.  There is a line of white space . . .

Foyle, of course, rapes Robin.  But many of Chip's students simply can't see this.  Nor, in Joseph Conrad's Heart of Darkness, in which the death of the African woman that Kurz has been sleeping with, occurs in another line of white space, can half the students understand that when Kurz cries, "The horror! The horror!," he is thinking of her death.

And, further down the page, he concludes:

"If he raped her, why didn't the writer say so?"  "If they shot her, why didn't Conrad show her fall dead?" my graduate students ask.  It makes he wonder what other techniques for conveying the unspoken and the unspeakable we have forgotten how to read over four or five thousand years of "literacy."

Which is why we value Chip so greatly as a critic.  Teaching students how to literally read between the lines is simply part of his duty as a teacher.  But that final sentence is a speculation that opens vistas.  Ever since, I've been thinking about the Bible and Gilgamesh and most especially the works of Homer and what I'm not seeing when I read them.


I may have missed out on China, but that doesn't mean that I've given up on travel.  More on that tomorrow.


Above:  Samuel R. Delany.  The camera loves him.  You pretty much never see a bad photo of Chip.

Those were unspeakables whose nature was well known to both the writers and the audience. I wonder if there are some that are implicit, known at some level but not publicly acknowledged, much as the existence of homosexuality was denied in American fiction of the early- and mid-20th century. So you couldn't even speak about the taboo in a public setting, and therefore couldn't have a public ban on mentioning it, as you could with sex or violence.

Violating those bans would raise a lot more controversy than violating the public bans. An example might be the reaction to Sturgeon's short story, "The World Well Lost".

Chip wrote a long and brilliant essay on discovering gay themes in works of literature written when including them could land you in jail. I'll never look at Tom Jones in quite the same way again.

Back in High School, we read The Sun Also Rises, a book that buries major portions of its plot in the subtext. Subsequently, we'd often return from our assignments confused, "So wait, where was Jake wounded?" "Why did Jake and Brett share a bedroom if Jake was wounded there..."

Our teacher, thankfully, was more than willing to blow our minds and rankle senses of decency by telling us what had probably gone on.

When high school students have the chance to speak honestly with writers, the chief thing they want to know is, "Do you guys REALLY put all that crap in your stories?"

Then, when we say yes absolutely, they glare at us with disbelief.

It's kinda sad that something like the interpretation of a line space has to be taught. I think part of it is in the students that are being taught are probably really bright, but haven't yet read enough to discern what a line space means on it's own. Another part could be the 'nothing left to the imagination" age of film and TV.

I've never thought myself a good reader: I know there is much I miss that probably should scream out at me, but this just seems so obvious as to make my head hurt.