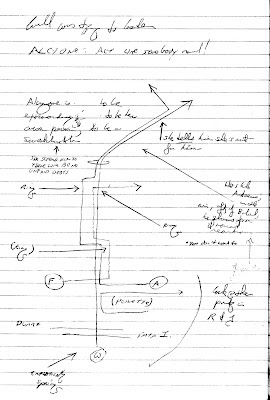 Diagram 18. Will's first date with Alcyone! Sort of. It doesn't end well, of course. But look how clean the diagram is! This section is coming together fast. From bottom to top:

"You don't want to
Ring
Ring

He's like Antaeus; in the air,
off of Babel, he shows fear
& nervous reaction
She screws him so there will be no unpaid debts

She tells him she's notfor him
Alcyone ( ) is to be
extraordinary, to be her
own person, to be
a swashbuckler

Will was trying to listen.

W is again Will, A is Alcyone, and I think I'll hold off on revealing who F is.

It's spring, and Will is crashing a masked ball. After two quick encounters with "Fata I." (the name was later tweaked) and her dwarf, Will has a more prolonged and involved encounter with a poulette. As he much earlier mused, "Witches were the self-appointed legislators of the world. They were forever sticking their long noses into other people’s business, demanding that a rosebush be replanted, or a child renamed, or a petty criminal taken down from the gallows half-choked but still breathing. It was next to impossible to be born, to lose one’s virginity, to plot a murder, to die, or to be reborn, without one or more popping up and uttering gnostic solemnities." I almost threw "fall in love" in there, since the passage was meant to be, if not foreshadowing, at least prescient. But Will had already fallen in love with Alcyone in the Hanging Gardens, and there was no room for a witch in that scene.

I'd guess that R&J refers to Romeo and Juliet. As it happened, I went to War and Peace for inspiration instead.

It's a little hard on Alcyone to write that she "screws" Will, or to imply that in so doing she's simply balancing the books -- though that's what she thinks she's doing, and how it feels to Will. But these diagrams are cartoons, and the most subtle interpersonal relationships are rendered as "He liked her" or "She put a fork through his hand."

"Act like somebody real!" is good advice. Will is still growing, still learning, remember. He's not yet worthy of a woman like Alcyone. Though he's getting close.

Posted by Michael Swanwick at 6:50 AM

I continue to be amazed how you get stories out of those squiggly lines.

I'll try to make that clearer in future posts.

One thing I'm doing with this diagram is blocking out the movements of characters, the way you would in a play. There's a lot of incident (and more characters than I've bothered to include here) in this section, so to ensure that the reader could follow everything clearly, I had to limit F.'s number of appearances. So he crosses Will's path briefly, and then hovers in the background, watching, while Will dances with Alcyone. And, finally, has one long conversation/confrontation with Will.

It wasn't easy getting everything F. had to accomplish into one scene and a walk-on. But, as the diagram helped to make clear, it was necessary in order to keep the action from getting too fussy.

So, in the service of simplification, I had the poulette (none other than Zorya Vechnayaya herself!) drop a little exposition about him into the conversation she has while dancing with Will.

By pointing out how much incident had to be crammed into what couldn't be more than a single chapter, the diagram also told me to keep the purely incidental and decorative descriptions of the dance from taking up too much room. Which was not easy. Fata d’Etoile alone, in her Lily St. Dionysée gown and sow's head glamour, deserved far more time than I could afford to give her.