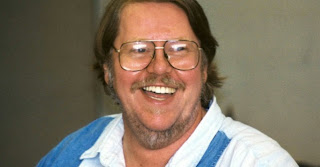 The current scandal about the White House demanding the right to alter the Morbidity and Mortality Weekly Report has put me in a nostalgic mood about, of all people, Gardner Dozois.

To understand this, you first have to know that M&MWR back in the day was simply a list of the number all deaths in the US in the previous week, arranged by cause. So many people died of cancer, so many of head trauma, so many of hantavirus, and so on. They also had a single short, one-page essay on some related interesting matter, such as things surgeons had found in people's rectums. You could get a subscription to it free if you wanted, because almost all the people who knew of its existence had professional reasons to receive it.

You also have to know that Gardner was not an optimist. This led him to be willing to entertain borderline conspiracy theories. These could be reasonable ("There's a new disease...) or not ("AIDS can be spread through drinking water" which, the virus being an anaerobe, is absolutely untrue). I could almost never convince him he was wrong. He would listen to Marianne, because he respected her expertise, but her explanations never seemed to take hold in him permanently.

So one day, as a joke, I submitted Gardner's name and address to M&MWR.

Once a week, the pamphlet-sized publication came in the mail. He scanned it, and knew exactly what was killing everybody and knew that there were no surprises lurking out there to ambush him. For years, until the print version was replaced by a virtual one, he was a happy man.

In many of Gardners stories, there are large numbers of people dying of causes that cannot have been included in the pamphlet. I'm thinking specifically of "Chains of the Sea"