Retro-Review: "The Bucket of Blood" by John O'Hara 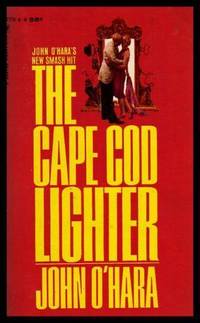 Sometimes I feel out of touch with all the world. Nowhere is this more obvious to me than in my admiration of John O'Hara's short fiction.

In his heyday, O'Hara was known for writing scandalous fiction in which adults had sex with people they were not married to and didn't necessarily like. Worse, he based much of his work on the sins and lives of people he knew. Consequently, for decades, his name was anathema in Pottsville, PA, his hometown. After his death, he was pretty much written off as a sociological writer of upper-middle-class East Coast America. If this makes you feel no obligation whatsoever to read his work... well, you're far from alone.

But then there's "The Bucket of Blood." The story begins as a profile of Jay Detweiler, alcoholic and former carnie, who becomes the owner and proprietor of the eponymous dive bar. It pauses to explain why the bar doesn't deserve that title and give the history of the other bar in town so-named and why it does. In wonderfully granular detail, it explores the interrelationships of the police, the politicians, and the underworld. It examines how a man can run an honest business in a dishonest world. This is a story such as Joseph Mitchell, the author of Up in the Old Hotel, might have written, had he devoted his life to fiction.

(Footnote: If you haven't read Up in the Old Hotel, order it now, via your favorite independent book store and read it as soon as it comes in. You'll thank me.)

This is as small-town a story as it's possible to imagine. Midway through it, Jay reflects, "It amused him to think back over his first year and to realize that in all that time he had lived in an area that was roughly four blocks by three," but in that space O'Hara created a world. One with vivid people--a criminal too stupid to live, an honest-enough crooked cop, a prostitute who has unrealistic ambitions that no honest reader could blame her for--and a small but carefully examined life spent as wisely and well as you and I can hope for our own.

Bob Dylan famously wrote, "to live outside the law, you must be honest." If you're like me, a little voice in the back of your head said, "Oh, yeah? Prove it!" This is John O'Hara's proof, written long before the first word of "Absolutely Sweet Marie" was penned. O'Hara had a reputation as a cold and sardonic writer. But this story has heart. It recognizes the accomplishment and virtue of a man most of us would never acknowledge exists. It grants him the same absolution that we, in our heart of hearts, devoutly pray for ourselves.

As a writer, I can look at a story and have a good idea of how much work went into it. Some of O'Hara's fictions, works that anybody would have been proud to write, could have been tossed off in an afternoon. Not this one. It took blood, sweat, and toil.

It was a work of love. And that love was the love of literature.

Which is why I admire this guy so much. Because he deserves it.


Above: I never have known why the collection was called that.

(I wrote this post yesterday and briefly and accidentally posted an incomplete version. It was only up for a minute or so, but during that time somebody commented, wondering why the post ended in mid-sentence. I took that comment down when I reverted the post to draft. My apologies to the commenter.)

Heard someone mention this story by name today and looked it up. Glad I ran into your review. Ordering the collection tonight.