A Torrent of Faces 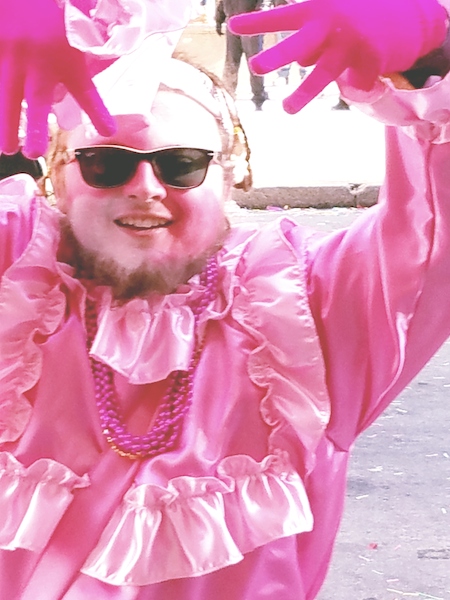 Marianne and I spent most of Monday at the Mummers Parade, here in Philadelphia. And I am here to tell you that it's a different experience on the street than it is on television. The sense of fun and anarchy is electrifying. Mummers come over to the crowds watching to slap hands, kiss women, throw beads, and shout "Happy New Year!" The guy up above? He saw me taking pictures, so he came over to tell me why he was marching. The drum line with one band of mummers came over to the police barricades and, stepping sideways, the front line drummed on the barricades themselves. Just to let us know how good they were. And it sounded fantastic!

That's something you don't get at most parades. A real sense that these guys aren't just entertainers but people too. 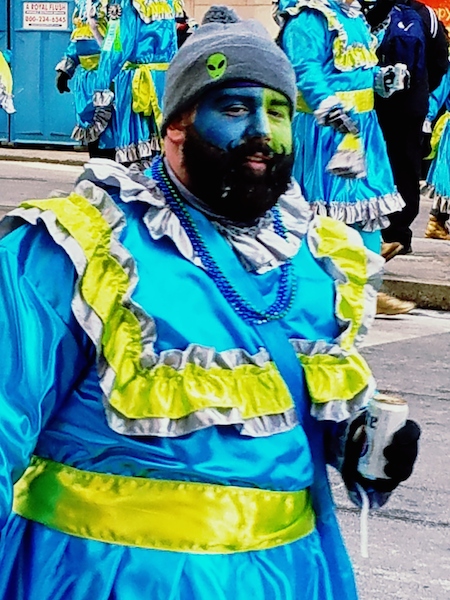 So what's the Mummers Parade all about? Wrong question. They're not about anything. They just are. They march because that's what their fathers and grandfathers always did at this time of year. And they have fun doing so. 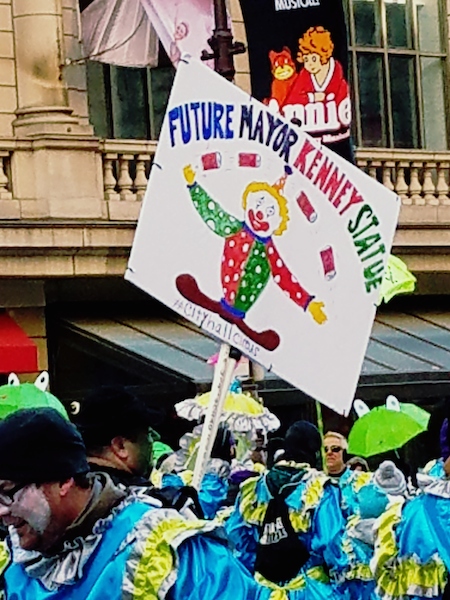 Which is not say there isn't a certain... edge to the Mummers. They're for the most part blue collar guys and the Comics in particular (there are four categories of Mummer: Comics, String Bands, Fancies, and Fancy Brigades) like to mix in a little political commentary. Pictured above, the Froggy Carr New Year's Brigade's take on Mayor Kenney's unpopular soda tax. 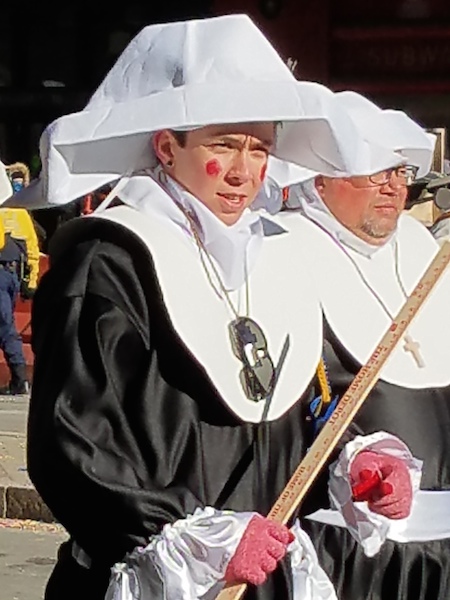 And, from another NYB, their take on Catholic education. 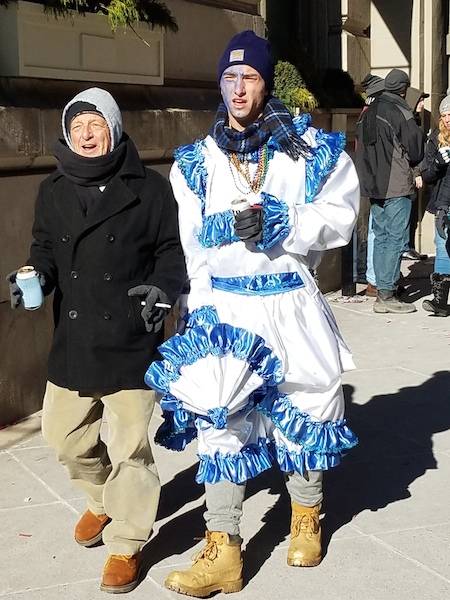 As the nun costumes may suggest, Mummers like to dress up as women. Directly above is a typical "wench" costume. It's an amazing experience to see a street full of wenches, waving flags, carrying signs, popping beers, pumping umbrellas, and coming straight at you. 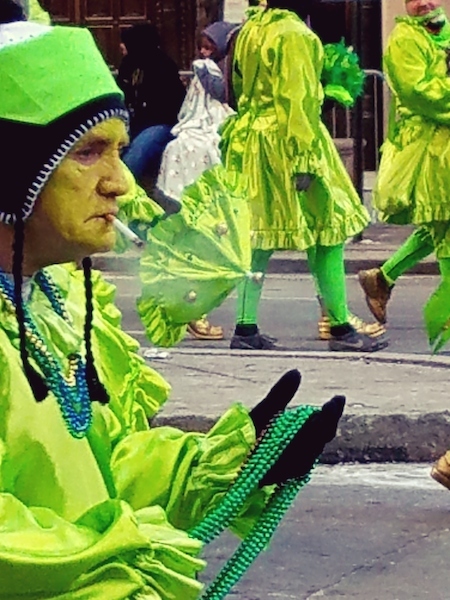 You have to be a better photographer than I am to capture that sense of unchoreographed anarchy. But I learned long ago that if you want to photograph Mummers, it's all about the faces. And the parade is a joyous torrent of them.

I recollect once when a string band appeared on the Carson Tonight Show, and the curtain pulled back and, I don't know what the New Yorkers expected, but it wasn't this weird combo of saxophones and banjos led by a guy decked in a peacock's fantail and a silver-painted face. And when he broke into the Strut, the gasps were audible. It was like watching a primitive fertility rite.

I think it was Ferko.

Neighborhood clubs prepping all year for their one day in the sun reminds me of nothing so much as the New Orleans krewes on Mardis Gras, but obstinately insisting on what is often the least sunny day of the year.

BTW: Congratulations on the Dozois collection.