My Geek's Guide to the Galaxy Interview 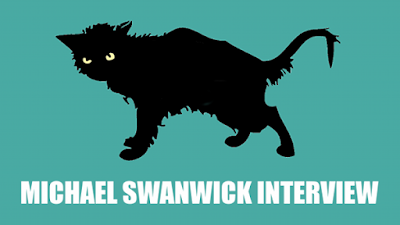 For everything there is a season and as we move gratefully into autumn, the promotional season for Not So Much, Said the Cat is drawing to a close. And what better way to close out the season than with a good long interview at Geek's Guide to the Galaxy?

The interview focuses on the collection, but it covers a lot of ground along the way. Here's an excerpt:

“I have one story which I began in 1973 and I still haven’t finished it. … I wrote a story with William Gibson back in the early ’80s, called ‘Dogfight.’ We did the ‘hot typewriter method,’ which is where you hold onto the story for a month, and during that month you can make any changes whatsoever—you can change the main character’s gender, you can change the plot, you can change anything. And then at the end of the month you send it to the other person. … So there were things that I put into the story that Bill Gibson just took out. He’d send it back to me, and I’d put that thing back in and send it to him, and he would take it out again. … And when the story was done, I had a number of things that he had taken out, and I came up with a different idea for a story and I started writing it. … And I have not found the central plot of it yet. It’s a story called ‘Robot.’ So that’s about 33 years old, that story.”


You can hear it here or read parts of it here.


And speaking of closing out the season...

My final public appearance promoting the book was also my first such in the Philadelphia area. It was held yesterday at Main Point Books in Wayne. It was a very pleasant event and I ran into some old friends there.

Main Point Books moved recently, and their new store is beautiful. If you're in the area, I encourage you to stop by and read a book. I bought Death's End by Cixin Liu. Because I wouldn't tell you to do something I wouldn't do myself.