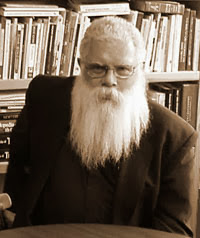 SFWA has just announced that the 2013 Damon Knight Memorial Grand Master Award will go to Samuel R. Delany!  This is an award meant to be given to people who obviously, blatantly deserve it.  People like Robert A. Heinlein, Isaac Asimov, Ursula K. Le Guin, Gene Wolfe . . . and Chip (as his friends call him).  So I don't think anybody had any doubt that would happen sooner or later.  But sooner is better.

I had the good fortune of discovering Chip's works early in his career and relatively late in my pre-career.  The Einstein Intersection shaped my writings-to-be in ways that will never be mapped out and may in fact be responsible for my fondness for creating works that sprawl across the boundaries of genre without concern for what they properly "should" be.  I've been following his works, both of fiction and of criticism, with enormous joy ever since.

Just how important is Chip to science fiction?  More so even than most of his admirers -- and they are a fervent lot -- realize.  Some years ago, my pal Gardner Dozois put together two anthologies of SF, one titled The Good Old Stuff and the other The Good New Stuff.  The first was to introduce the virtues of classic SF (what might be and once was called the Old Wave) to a new generation of readers.  The second was to highlight the virtues of those who came later (post New Wave, mostly).  Afterward, he told me that in his researches it became obvious that every writer in the first book had in some way or another been influenced by Robert A. Heinlein.  Those of the second had all been influenced by Chip.

You want specifics, but alas I do not have the time to write the book explicating them.  So I will only observe that John W. Campbell once observed that you could have too much innovation in a story, that if everything is new and bright and interesting that distracts from the central thesis of the work.  But Chip said no to that.  Interesting people, interesting worlds, interesting ideas, prose that feels free to turn a handspring if it feels like it.

Science fiction got a lot more interesting when Chip came into it.  As a reader, I just want to say:  Thank you, Chip.  I appreciate that.


Above:  God in His library.  The "real" Samuel R. Delany is actually a very pleasant man, easy to get along with, great company.  If you haven't met him, I hope that someday you do.

He could write the Good Old Stuff, too. The Jewels of Aptor, The Fall of the Towers. He wrote them with undeniable flair.

I read him when he was first published way back ... oh, never mind. Fond memories of it all.