A Hard Question for Young Writers 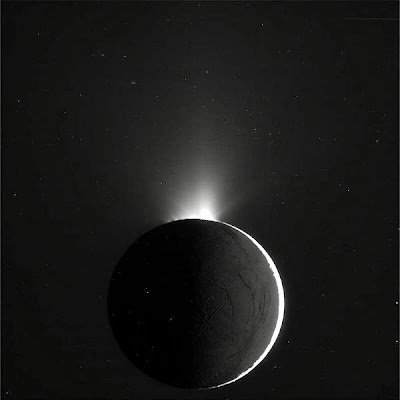 Monday night I had dinner with (among other good people) Robert Reed.  Unsurprisingly, we had some substantial conversation about literary matters.  At one point, I started talking about new, young writers.  Both people with only a few published books under their belt and those who aren't yet published but will be eventually, I mean.

I told Bob that I'd had many discussions with these folks about their plans to self-publish their ways to glory, about all the work they put into building a brand, creating a community of followers (or readers, for those already published), making blog tours, hiring editors and illustrators, and so on and on and on.  My point was that they were putting ferocious amounts of energy into non-writing activities without having first made up a business plan.  One that would define success and map out how many hours per week would go into each activity and how long they could expect to be holding down four jobs (writer, self-publisher, self-publicist, and whatever puts food on the table) before they could support themselves writing.

But Bob interrupted me.  "Do they ever talk about improving their craft?"

"Then they're just wasting their time."

He was right, of course.  The single most important a writer can be doing is improving his or her writing.  Everything else is just . . . everything else.

Decades ago, when the Cyberpunk-Humanist Wars were in full swing and my generation was really tearing up the tracks, David Hartwell said to me, "You're competing with John Kessel and James Patrick Kelly and Bruce Sterling.  But if you want to get anywhere, you've got to start competing with Gene Wolfe and Ursula K. Le Guin."

It was a shocking thing to hear.  But it was something I needed to be told.

So if you're a new writer, here's the question you've got to ask yourself:  Are you working as hard as you possibly can to make yourself a better writer?

Because if you're not, you're just wasting your time.


Above:  The Saturnian ice moon Enceladus, with a major water-vapor plume, the result of as-yet undescribed cryovulcanism.  Isn't that glorious?  If you're going to be a science fiction writer, you also have to learn to do your research.  But that's another rant for another day.

Yes, whenever people wax enthusiastic about the self publishing boom etc etc, I think, yeah, but I'd rather write.

True in many fields. Richard Hamming's You and Your Research asks "What are the most important problems in your field?" followed by "If what you are doing is not important, and if you don't think it is going to lead to something important, why are you working [at Bell Labs] on it?"

It's easy to forget when you're trying to climb the first few rungs on the ladder that they aren't the real goal.

Telling a new writer that (s)he has to compete with Gene Wolfe and LeGuin is emotional abuse. Unless they're clueless and don't know who you're talking about.

"Telling a new writer that (s)he has to compete with Gene Wolfe and LeGuin is emotional abuse."

They deserve emotional abuse. They're lucky they don't get physical abuse.

I'm an old guy. My time is limited. There's LeGuin and Wolfe I haven't read yet. (And David Foster Wallace I haven't reread.) If an author can't match that, he or she is wasting my time.

I actually agree with you Jeff. I feel like a talent scout, and short fiction is like a 2 minute audition for me. Very few writers make it to my "novel" list, which is why I am astounded by how many novels get published every year.

>short fiction is like a 2 minute audition for me.

Then you'll never read anything I write! I don't DO short fiction. It's quite different form from novels.

Well the other way I choose novels is by whether they have won an award or not, or whether or not an author I respect has a blurb on the front cover. So everyone has a shot!

Fair enough. Nobody OWNS your reading time. One of my beefs when people with - often entirely reasonable - political agendas tells us what we should want to read.

"Swords and Sorcery... sometimes in the same story."
www.mharoldpage.com

What do you do to improve your writing skill?