Don't Write What You Know 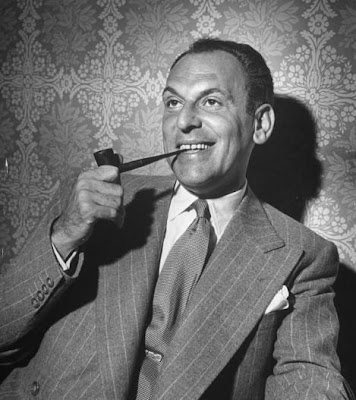 It's the first piece of writing advice most of us hear:  Write what you know.  It's presented as gospel, usually by somebody who's never published a novel or a play or song lyrics in their life.  And it's always presented with the serial numbers filed off it -- without attribution.

As far as I've been able to determine, it was Ralph Waldo Emerson who first formulated this "rule." Here, from his Journal, dated May 1849, is the original.


Immortality. I notice that as soon as writers broach this question they begin to quote. I hate quotation. Tell me what you know.
Not quite what your high school creative writing teacher taught you, is it?
Worse, "write what you know" is bad advice in that it's actively counterproductive.  Here's what Moss Hart, a man whose opinion on the subject is worth knowing, had to say about his first wholehearted attempt to write a play:
I suspected one way I had gone wrong from the start; and forever afterward it made me more than a little leery of those golden nuggets of advice so capriciously tossed out by elder statesmen of the theatre to credulous beginners, one of which I must have stumbled across and taken to heart:  "Begin by writing of what you know best -- do not wander off in fields that are strange to you.  Take for your setting and characters only the places and people you know and stick to them."  So went this preposterous bit of dramatic wisdom, thereby discounting the vital and immeasurable quality that imagination gives to all writing, whether it be for the stage or anything else.  Since this bit of nonsense had issued from the lips of a quite famous playwright, I had slavishly followed it, writing of a place and people I knew, but completely failing to allow imagination to riffle through the pages as it might have done had I chosen a setting and characters not so highly colored by my own attitudes and prejudices.  I had simply set down what I knew best, and stuck to it.  The play had verity; what it lacked was the breath of life and imagination -- two necessary ingredients for what is usually called creative writing.
That's from Act One, Hart's memoir of his early years.  If you're about to start writing your first play, he's just saved you a ton of heartbreak.
And the next time somebody tells you to write what you know, feel free to tell them that I said:  No, use your imagination.
*

I make it up as I go along, at least the setting, the obstacles, and the action. However, the setting emanates from what I know. The obstacles arise from things I, and others, have encountered. And the action is based on events I experienced, witnessed or read about.

I wonder how many boring novels and short stories about dysfunctional upper-middle class families living in the mid-West or along the eastern seaboard can be directly attributed to that quote?