Why Intellectual Theft Is Wrong 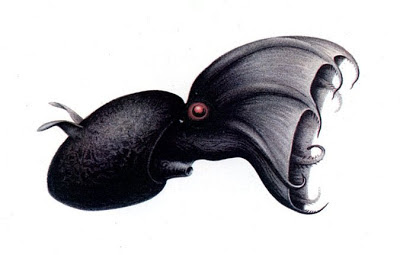 Over on Facebook, somebody posted links to three writers who gave detailed information on their finances.  Short take:  They work very hard for a lot less money than that same amount of creative effort would net them in, say, advertising.  Where they'd also get health insurance.

I'm not going to spill my economic guts like they did.  But I will say this:  Back in the 1990s, I had a conversation with David Hartwell, who told that that in 1950, there were only six people who made a living exclusively from writing science fiction.  The rest were supplementing their income with editorial work, a day job, a position in academia, or the financial support of a spouse.  At the time I talked with him, David estimated that the number had gone up to one hundred, if you counted fantasy and horror writers.  This included Stephen King, the guy who was living in a cardboard box and eating cat food but at least had not descended to grading undergraduate term papers -- and me.

I was one percent of all self-supporting genre writers.

The last time I talked with David he told me that, largely because so many readers are now getting their science fiction free, that number is down significantly.  I forget the exact figure but it can't possibly have been higher than eighty.

I am now 1.25% of all self-supporting genre writers.

So after decades of pious lectures by midnight-downloaders on how all the free publicity was going to make writers richer, one fifth of those were were making it have been shoved into the low-paying intellectual labor market.

When this happens, a writer has two options:  Write fewer books, or write shoddier books.

So if you've ever wondered why the current literary scene sometimes seems like cable TV, "a thousand channels and nothing on" . . . well, there's your answer.

Yes, yes, yes, I could self-publish.  I've met people who have done that successfully and I admire them without reservation.  But those people work hard at the business end.  Being a publisher-editor-publicist is a full-time job.  Taking on a full-time job means having less time to write.

I'm in a position where I'm free to devote all my time to writing the best books I possibly can.  So that's what I'm going to do.

I only wish more writers had that freedom.

Above:  To the best of my imagination, that's what the sort of people who feel free to steal from working writers look like.

I suppose this also means more writers are aiming to win the "movie rights lottery", which means jackass film company execs get to drag fiction down along with their own industry.

You might polish this up and publish it elsewhere. Maybe as an "Open Letter to Locus Readers" or whatever Cory Doctorow does there.

Because the point needs wider presentation.

You might polish this up and publish it elsewhere. Maybe as an "Open Letter to Locus Readers" or whatever Cory Doctorow does there.

Because the point needs wider presentation.

>>Because the point needs wider presentation.

Which is why you posted this twice? :p