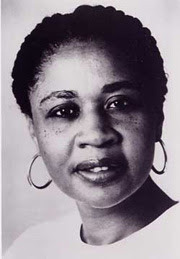 Just a short post today.  Last night I went to see Jamaica Kincaid at the Free Library of Philadelphia.  She read from her new novel See Now Then and, to no one's surprise, she was quite wonderful.

During the Q&A afterward, she addressed the question of narrative.  Specifically that what we think of as a well-made narrative is actually quite a recent invention.  For most of human history, we got along without it.  Speaking of Moses, who died without seeing the promised land, she said:


"You could never get away with that today. What?! After all he's been through? There's no clooosure, you don't get any sense of clooosure."


Which brought to mind something I've been meaning to say here for some time:  All you new writers should stop writing formulaic stories!  You know the ones I mean.  The main character's name is dropped in the first paragraph, the plot builds gracefully to a moral climax, there is an apotheosis in which the protagonist achieves closure.  Or else dies tragically.  Which is to say that you're giving the reader exactly the story he or she is expecting.


I know that this is what you were taught to do in your writing classes, workshops, and retreats.  But that's only meant to be a jumping-off spot not a final destination.  Once Picasso was capable of drawing a recognizable dog, he moved on.  So should you.

Because a hundred years from now, nobody is going to be reading that predictably well-made story of yours.

I'm only this cruel to you because I want you to be great.


Posted by Michael Swanwick at 6:49 AM

I stopped subscribing to Fantasy & Science Fiction 10 years ago because it seemed to me that all they were publishing were the formulaic stories. Yes, probably a horrible over-generalization, but life's too short to wade through chaff for a grain of wheat. I'm tired of epiphany SF. I wish they'd publish stories that had more in common with Golden Age SF, less in common with modern-day literary fiction.

It's funny, I've always associated this kind of thing with the "modern realism" stealth genre that no one acknowledges, but which seems to be more rigid than most "genre fiction" (to paraphrase the intro to The Best of Crank!), but when I think about it there is plenty of non-genre fiction that also is better because it does not have this boring structure in it. So I guess it's just a matter of boring vs interesting.

It's interesting to note that most (?) of golden-age or silver-age SF short fiction seems to have this feature, even fiction that is considered canonical. At least from what I can think of off the top of my head. Maybe the point when the genre really "grew up" can be mapped to whenever people started to depart from that.

As for recent development... well, maybe in the West. If you've been reading older Chinese short fiction as part of your prep for the current novel, you might have noticed that those authors writing 300-400 years ago or more seemed to like it a lot too. :)

To get a sense of what's possible, I'd recommend Kincaid's collection AT THE BOTTOM OF THE RIVER or R. A. Lafferty's collection NINE HUNDRED GRANDMOTHERS.

I wouldn't recommend anyone imitate those stories, mind. Just view them as examples of how much is possible once you give up writing like everyone else.

> To get a sense of what's possible, I'd recommend... R. A. Lafferty's collection NINE HUNDRED GRANDMOTHERS.

Thinking of which, I've just ordered an ancient Ace Double featuring Lafferty's 'Space Chantey', one of the few I don't own.

While looking around the net for a copy I found a few references to a "Neil Gaiman presents..." series of reissues, which was going to include "Space Chantey" - but also some cryptic posts that made it sound like the reissue never happened.

Do you know if this did happen? And I seem to recall - unless I just made this all up - you making your own cryptic comments about the Lafferty estate and possible reissues of his books.

In short, a question for the oracle: "What is the future for R.A. Lafferty?"

As I understand the Neil Gaiman situation, the project mutated into a series of premier audiobooks with not just a narrator but a complete cast of voice actors for the characters. Ellen Kushner has periodically blogged about the process of so rendering SWORDSPOINT and she seems to be very happy with it.

I'll probably be buying those audiobooks as they come out.

The other Lafferty project hasn't been officially announced yet, so I'll not say anything about it. That's the downside of having insider info -- it's considered bad form to ruin the fun for the people who are doing the actual work.