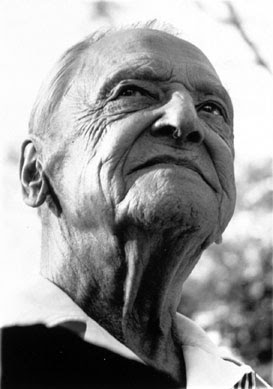 Here's a quote from W. Somerset Maugham.  It's taken from the introduction to his collection Creatures of Circumstance, published in 194t7.  In the intro, he rails against certain aspects of contemporary short fiction which genre readers and writers are still railing against.

I read some time ago an article on how to write a short story.  Certain points the author made were useful, but to my mind the central thesis was wrong.  She stated that the "focal point" of a short story should be the building of character and that the incidents should be invented solely to "liven" personality.  Oddly enough she remarked earlier in her article that the parables are the best short stories that have ever been written.  I think it would be difficult to describe the characters of the Prodigal Son and his brother or of the Good Samaritan and the Man who fell among thieves.  They are in fact purely conventional types and we have to guess what sort of people they were, for we are only told about them the essential facts necessary for the pointing of the moral.  And that is about all the short story writer can do.  He has not room to describe and develop a character; he can only give the salient traits that bring the character to life and so make the story he has to tell plausible.  Since the beginning of history men have gathered round the camp fire or in a group in the market place to listen to the telling of stories.  The desire to listen to them appears to be as deeply rooted in the human animal as the sense of property.

How is this possible?  The Master Curmudgeon himself explained it earlier in the essay, when he criticized Chekhov's admonitions on writing:  The simple fact is that Chekhov believed what writers, being human, are very apt to believe, namely that what he was best able to do was the best thing to do.

Gonnabe writers should keep this in mind:  Advice from writers on how to write the sort of thing they themselves write is usually very good.  Their advice on what not to write, however, is always suspect.

I feel like Maugham's comments are an extension of an important aspect of fiction that people do not often understand (nor do they generally need to), namely that there is no way to isolate a character from the text as a whole. It's all just words. I know authors talk about characters living in their heads, "talking" to them or "doing" things and so on, but surely this is just part of their creative process.

I feel like especially lively characters that come to life in the reader's imagination are often a good thing, but this is often a trait of "commodity fiction" as well. This kind of thing is often not necessary, and it can exist in bad fiction as well as good.

'This kind of thing is often not necessary.'

Indeed. Borges and Lem, for a couple of instances, are supremely indifferent to such concerns most of the time.

"I think it would be difficult to describe the characters of the Prodigal Son and his brother or of the Good Samaritan and the Man who fell among thieves."

Actually, one of my own short stories was a retelling of the Good Samaritan parable as a mystery story. ("The Rest Of The Story", in HIGHWAYMEN: ROBBERS & ROGUES, ed. Jennifer Roberson, DAW 1997.) Fun to write, tho' a boneheaded error in terminology didn't get noticed until after publication.