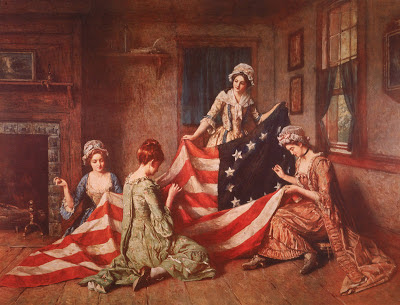 This is mysterious.  My son Sean came back from a day as a poll worker to report with what sounds like half a conspiracy theory.

It's illegal for poll workers to wear anything indicating political affiliation at the voting place.

Now, some of the minority observers were confronted for wearing gang colors or because they'd displaced long-term cronies of those who remained.  To a man and woman they did not argue, but turned around and immediately left.  Which meant that the polls were undermanned.

Now, supposedly, the commonwealth Republican establishment is outraged at the treatment of the minority observers.

Aaaannnnddd . . . that's it.  Whatever's happening here -- if anything -- is not exactly clear.  Nor what the Republicans could possibly hope to get out of the situation.  But it's interesting, no?

This is politics as it's played in Pennsylvania.  "Land of Giants," as Steve Lopez used to say.


And speaking of collectibles . . .

The Ebay auction for the framed and signed typescript of "From Ghoulies and Ghosties, Long-Leggitie Beasties . . ."  ends tomorrow at 10:56:32 Pacific Daylight Time.  So if you're a collector or if you're simply curious as to how much such items go for, that's the place to be.

The story is on sale here.  And it can be read here.

Ah, this and the presence of a so called voter fraud coalition(born from the minds of former tea partiers - apparently.)as well as the ever illusive Black Panthers at polling places around the Philadelphia area.

Nope, no dirty tricks or intimidation here ... still, the vote got out and we got us a president.