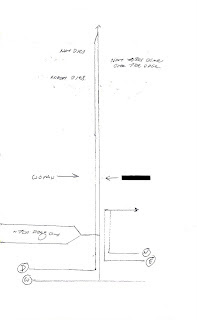 Diagram 6. Here I’m trying to get a good idea of how the rest of the novel will go. Once again, the diagram takes the form of the Tower of Babel.

I’ve blacked out a name here because it gives away a plot point. Sorry.

Note that Alcyone, who has yet to make an appearance in The Dragons of Babel, still doesn’t have a name – she’s listed simply as “Woman.” At this point I’m as much in the dark about what she’ll be like as Will is. I know that she’s going to have to be a strong character and an interesting one, if she’s going to stand out in a crowd that includes the likes of Nat and Esme. But that’s it. It was pretty much a done deal that she was going to be a redhead, though.

Oh, and that flurry of deaths and not-deaths and throwing-of-children-off-the-edge-of-Babel at the end? By the time I got there, everything was changed and the scenes I’d planned weren’t used. It’s important to note that I never intended for Esme to be hurt, going over the edge, though. I don’t kill children. Not even fictional ones.
Posted by Michael Swanwick at 7:32 AM

The progression of your notes continues to be fascinating -- and this latest prompts a question: do your plans/structure-drawings become more legible the deeper you move into a book, or is this one an aberration?

Keith, that's a difficult question to answer. Imagine that you're in the Vermont of my youth and caught in a snowstorm. You peer into the white blankness. You know where you want to go. But the road you need to get from here to there is not at all clear.

I made these diagrams in the hope of clarifying the road ahead.

In an unelated note, does anybody here know how to get rid of the spam preceding this post?

Whenever you are looking at the comments and Blogger recognizes that you are you, the owner of the blog, you should see a little trash can by each comment allowing you to delete it.

If you don't see any little trash cans, try signing into Blogger.com first and then making your way here-- they should show up.

Also note, if you did not already note, that when deleting a comment there is a tickbox "Remove forever?" If you check that then all trace of the comment will be deleted; if not then you are left with the "comment deleted: this post has been removed by the blog administrator."

Up to you whether offenders should be removed seamlessly from history like the war with Eurasia, or whether the blatant signs of deletion by the authorities should be left pour encourager les autres.

How elegantly put! It leaves me in dialog with all of literature.

Well, I shall leave the spammer's trace in place out of simple solidarity with George Orwell, who was so honest a man that his political enemies even now evoke his name in support of their ideologies. We should all be as stalwart in opposition of evil folk who pretend they're on our side.