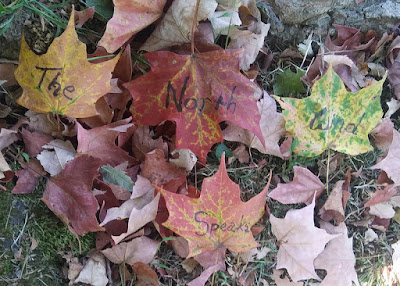 It's October,  which is to say that the season in which I write on leaves has begun. All month, I'll be serializing a flash fiction--or, more aptly--vignette, as I write it. The serialization of The North Wind Speaks begins here with the first four words: 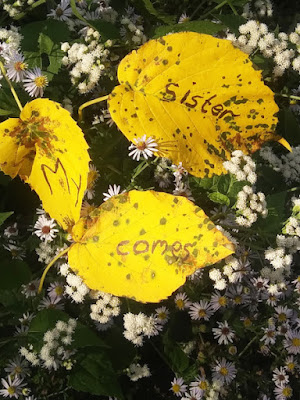 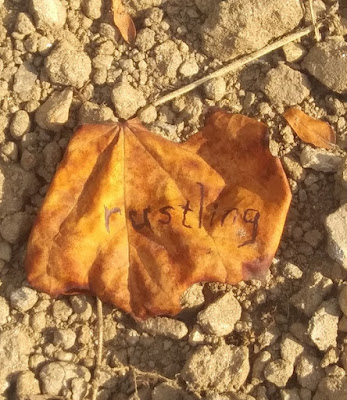 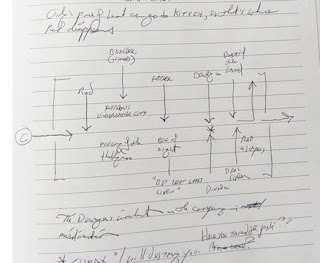 This is a relatively clear one, putting all the incidents in Chapter 3 in order, from Caitlin's meeting with Rod, through the wailing of banshees and the near-fatal dinner all the way to Rod's escape. Which suggests that most of it is already written and included simply to make sure the chapter's balance is correct.

As always, I scribbled thoughts about he plot that come to me while creating the diagram above and below it. Only the pure of heart can go to Kitezh, so that's where Rod disappears later turned out to be incorrect. Though I liked the notion that Fingolfinrhod, polymorphously perverse though he is, is essentially pure of heart. On the other hand, Have you tried the pâté? is wonderful and went right into the chapter.

Is this the first one since "October Leaves" a decade ago? You talk as if this is a regular thing for you, but that's the only one I've seen. (I ask because it's great and if I missed any I want to track them down!)

Wow. Has it been that long?

I do write on leaves, most years. But only occasionally do I do anything with them.

I've really got to get more disciplined about this.