Back When College Education Was Free (Unless You Were Rich) 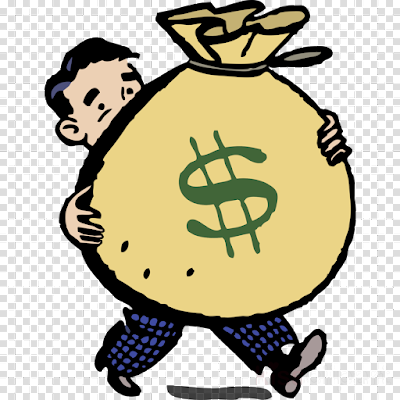 I'll bet you don't know that back in the Sixties and Seventies, it was not only possible but quite easy to get a free college education, paid for by the U. S. government. So long as you weren't wealthy.

Before I explain how that worked, though, I must tell you how I paid for my college education. Just so you don't think that this is special pleading on my part.

My parents saved to help put their children through school. But since they had five kids, that was far from enough. I did benefit from several scholarships I won in my senior year of high school and was grateful for them, though none were very large. So, to keep the debt manageable, I chose a state-supported school in Virginia, where I was a resident. That saved a bundle in tuition. During the summer, I worked 48 hours a week at the Johnson Carper Furniture factory and resented every hour of it. During the school year, I had a part-time job at the library, which I quite enjoyed. All of which almost covered everything. The rest I paid for with a student loan, easily arranged through the student aid office and backed by the Federal government.

When I graduated, I owed a couple of thousand dollars and could not find a job. (There was a recession.) I hit the road without leaving a forwarding address. When I found work, I wrote to the aid office and arranged to start making payments. Then, when the job evanesced underfoot, I moved on, found work elsewhere and wrote the aid office again. It only took me a couple of years to square accounts.

Mind you, this was possible because they weren't charging compound interest on the loan. The government just wanted their money back. They weren't looking to make a profit from me.

Now here's how a lot of people I knew personally got a free education:

1) They took out government-backed loans to pay for everything.

2) A week after graduation, they declared bankruptcy.

It was as simple as that. I forget the exact terms, but the government would only seize those assets above and beyond a certain minimum. You could keep your car, the furniture in your apartment, and enough cash to keep you off the dole. And since very few of my friends had any significant assets, the procedure was virtually painless. Even to the companies making the loans. The government paid off on every defaulted loan. So it was easier to bill the Feds than to pursue a recent grad who probably didn't have the money anyway.

Since then, the government has tightened up the bankruptcy laws, college tuitions have skyrocketed, and the student loan program has become a profit center. Higher education is a very different game from what it used to be. You might almost say it's become a blood sport.

So if you think the Biden administration student loan forgiveness plan is a massive giveaway... Man, you shoulda been around in the Old Days.

Posted by Michael Swanwick at 11:16 AM

I went off to college a few years later than you, in the early '80s. I started out at Harvey Mudd College, which back then was one of the most expensive schools in the country. If I remember correctly, total cost of attendance for the year was about $13,000. Doesn't sound like much today, but that year the median household income in the US was $24,000. I had a package of scholarships, a loan for $800, and paid $1,500 out of my summer earnings in construction labor.

The next year for various reasons, I transferred to UNM, which when I started was about $700 per year and by the time I graduated 5 or 6 years later was about $2,500 per year. I could still pay for that with construction labor and shade-tree mechanic work.

I graduated college with $1,500 total in student loans. Because I had trouble finding a job right out of college (we hit a mini recession again), they let me stretch it out for almost five years, and my payments were a tad under $30/month.

We have three kids. They went to fancy private universities. Because they were FAR better students than I ever was (I blame their mom), they received financial aid packages that covered more than 60% of their cost of attendance. Two of them have finished grad school and the third just started law school last week. They are each facing total student debt burdens of roughly $90,000. That's a 6000% increase over my student debt for 6 years of university. 6000%! Wages certainly haven't increased that much (unless you're a Fortune 500 CEO).

In my opinion (which should be more humble than it is), The Biden student debt forgiveness program is a step in the right direction, but goes nowhere near far enough.

About my own kids: The first one got his MS in artificial intelligence and data management from Stanford. While he was there, a group of grad students were starting a biotech company and needed someone to design their back-end data structures. My son did the job, but they couldn't pay him. Instead they gave him a seat on the board. When they got their first round of venture funding, they had to buy out his seat on the board. He turned around and wrote a check to pay off all his student loans in a single payment. The rest he put into an IRA.

My middle child just graduated with his MBA. His BA is in economics. He is of two minds about student debt forgiveness. He really wants it for his own debt burden, but worries about the overall impact. He fears that if it is not income-qualified, it will be more of a gift to the upper-middle class than to those who really need it, and it will further increase the economic divide in this country. The plan just announced appears to be balanced in the right direction. He really hopes to land a job that will pay enough to make him ineligible for the higher amount of forgiveness.

My third child just started law school last week. She received a huge merit scholarship (her mom's influence again, I suspect). However, she will still face an enormous debt burden when she graduates. However she's an altruist, and hopes to go to work for a non-profit or agency that will subsidize her payments or even pay off her debt altogether.

You're right, higher education used to be, if not affordable, at least accessible. Dear god, the debts kids these days face. On average, for a kid who goes to graduate school, 30 years of $500/month payments will be needed to service it. Forgiveness will go a long way to allowing this generation to participate in the economy. In the long run, Higher education needs to go back to being economically accessible to the average person, say on average 10% of the median household income. That way we can save the next generation from a similar wall of debt--and from needing forgiveness just to be able to participate in the economy.

A useful historical note! I knew knew about the bankruptcy dodge. I had a small scholarship and my parents paid the rest.