The Wheel of Jordan 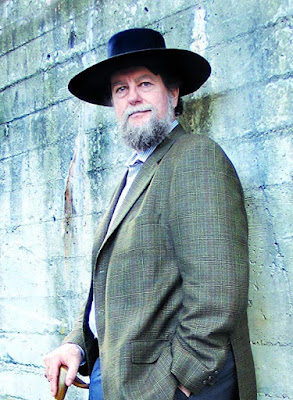 I just now saw a trailer for The Wheel of Time, the television series based on the works of Robert Jordan, and thought, "If only he could have lived to see this!"

I met Jordan once. It was at a Worldcon, possibly in Scotland, where one of my editors invited me to dinner along with other writers. One of them was Robert Jordan. By the deference of my editor, he was the big dog at the table. He was very, very tall. He had a cool beard and an equally cool hat.

Continuing the theme, the man was cool to me at first. Then, when it became clear that I wasn't going to begin screaming at him that I was a bleeping artist and how dare he, a mere hack, make so much more money than me, he thawed and became the most pleasant of dinner companions.

It was a meal worth remembering. He was a good guy and a good conversationalist.

Some writers resent Robert Jordan's success. Not me. He wrote books that made people happy. I know people living within a block of me who have done worse.

So I knew Robert Jordan for more than an hour, possibly more than two, certainly less than three. I can't claim to "know" him at all. I have no telling anecdotes to narrate about him.

Still, I wish he had lived to see what television has made of his fiction. I bet he would be happy.