The Once and Future Rye - Chapter 1 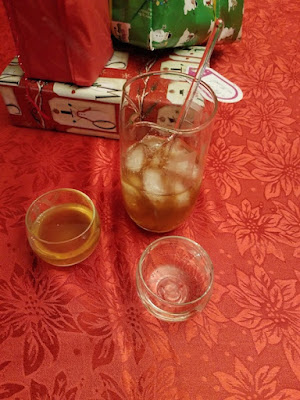 The following is a lightly edited reprint of a blog post I did some while ago. I began a serial on the history of rye whiskey and then--mea culpa--got busy and abandoned it. It is my intention to continue this series up to the present day. And so here is the second installation (after the introduction, which can be found here) of the history of the Whiskey That Was America--the Once and Future Rye.)


If you and I are to explore the history of Rye Whiskey in America (and that is certainly my intention), we must begin at the beginning. And that beginning is, amazingly enough, Rum.

The American Colonies, before the War of Independence were not peopled by teetotalers. Far from it! Life was hard, pleasures were  few, and the water was dangerous to drink. So, from the earliest colonists on, American society was awash in beer, hard cider, applejack, and distilled spirits. Some even sank so low as to drink wine -- though American wine was dreadful and imported wine so expensive that only Thomas Jefferson could afford it regularly.

But while American would drink pretty much anything, in the Colonial era the tipple of choice was rum.  Not the smooth and delicious drink we now know but a cruder version distilled from the by-products of the molasses industry. Still, it was the best of a bad lot and prodigious amounts of it were made and sold.

There were two problems with rum.

The first was that it was a major component of the "triangular trade." The Americas sold sugar and rum to England, which sent cloth and manufactured good to Africa, which sent slaves to the Americas. So it was a part of our great nation's Original Sin. Not that this bothered many American at the time. Which is also a part of our collective national guilt.

The second problem is that rum at that time was pretty rough stuff. Which is why so many Colonial drink recipes involved massive amounts of fruit and sugar.

One of the best of these drinks was invented at a gentlemen's fishing club on the banks of the Schuylkill River, not far from the world headquarters of the American Martini Institute. It is named  Fish House Punch, after the august institution in which it was first concocted

Most recipes involve bottles of each ingredient and sacks of sugar, because they were meant to be served in enormous punch bowls to large groups of hard-drinking men and women who had no idea how soon they would become our Founding Fathers and Mothers. With perseverance, however, you can find more manageable recipes. Here's one:

And the results? as you might guess, this is an intensely sweet drink. Also very, very fruity. But anyone mixing this cocktail is going to know that going in. At the taste test, Fish House Punch won over even the skeptics. It is flavorful, bright, and festive. A terrific party drink and far superior to the dreadful things that are usually served in punch bowls.

Also, it packs a punch. Our Colonial forebears certainly knew how to party!

So for one bright, warm moment, everything (if you could ignore the slavery part, that is) was good.

But then -- spoiler alert! -- came the American Revolution and everything changed, changed utterly. Including what kind of alcohol Americans drank.

More on this will be published here later. 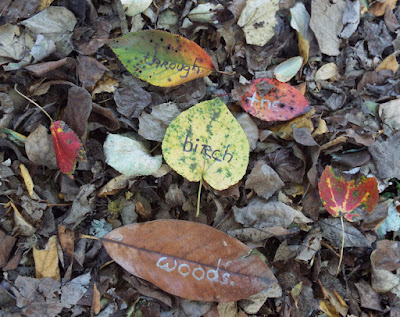 through the birch woods. 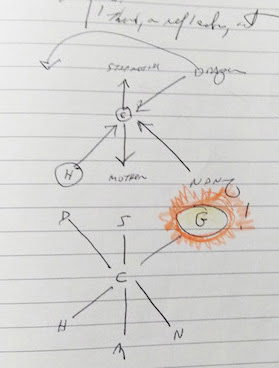 This is an interesting one. Not a plot diagram per se, but an attempt to figure out exactly how many mothers Caitlin has. The top diagram was botched, so I began again. Starting at the top and going counterclockwise she has S (her stepmother, the dowager), D (her dragon), H (Helen V), M (Caitlin's birth mother), H (her nanny Hempie, who raised her), and G (the Goddess).

So Caitlin has six mothers. I want all my female readers to contemplate what a blessing that would be.

Posted by Michael Swanwick at 8:37 AM

It is my deep and profound hope that the Rye series will eventually be collected in a book...

...ideally one published by Dragonstairs Press, much like "The Evolution of the Martini"...

That's the plan. As envisioned, it will make a nice pairing with the Martini chapbook.