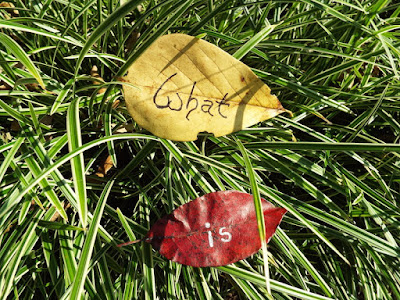 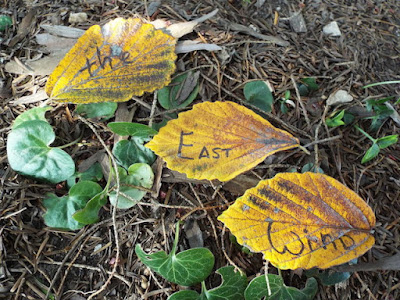 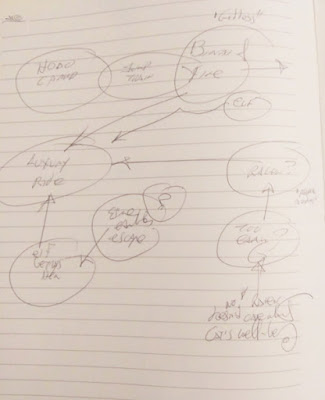 You can tell when the writing's going well because the diagrams get slapdash. Here, Caitlin's left the hobo camp, jumped a train, and is about to play a major part in the birth of a locomotive (here labeled "fire birth." Fata Narcisse still has no name--she's just "elf." So I've come to the ride onward in a luxury coach and am speculating what happens next.

So... "elf betrays her" I speculate, and then "Esme enables escape." A question mark indicates that I haven't decided whether to use those elements. Also feeding into the luxury ride is "Raven?" and an attached note "Too early?" and attached to that, "No! Raven doesn't care about Cat's well-being."

All those elements later came into play but because there was so much else going on, they got pushed into later chapters.