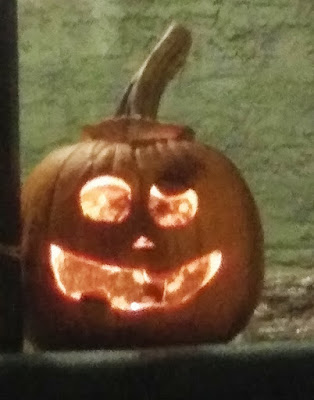 Tomorrow is Halloween and that brings to mind what the holiday was like in Winooski, Vermont, when I was young.

Back then, Halloween wasn't a day but more of a short season. It began with Bean Day, when boys (never girls; the gender lines were rigidly patrolled back then) smuggled pea shooters and boxes of dried beans into school to see how much chaos could be created before the shooters and ammo were spotted and confiscated by our teachers, the long-suffering nuns of St. Francis Xavier Elementary School.

That night was Clothesline Night. This must have been a very localized thing because you could always tell what families had come to Winooski within the past year--they were the only ones who didn't know to take in their clotheslines before sunset. Because after dark, young vandals went looking for clotheslines to cut into pieces so short they could never be tied together and used again. Even people who had come from other parts of Vermont were caught unaware.

Then came Gate Night. Originally, it was the night when mischief-makers stole gates off their hinges, tied them to flagpole ropes, hoisted them to the tops of flagpoles and then cut the ropes to make their recovery difficult. Easily-removable small town gates being a thing of the past by then, however, Gate Night had become Bicycle Night. There being only so many flagpoles in Winooski, you didn't see many bicycles hoisted into the sky the next day. But those you did see were memorably surreal.

The recreational vandalism reached a peak on Mischief Night, the only one of the lot that seems to be celebrated by all of America. The gold standard of mischief night was tipping over an outhouse. However, there was only one outhouse remaining in Winooski and it seemed to be retained out of nostalgia rather than for use. It was never, so far as I knew, tipped over. But I believe that one night a year its owners kept a watchful eye on it.

Mischief Night was a celebration of minor vandalism--soaped windows, hit-and-run doorbell ringing, egging, and the like. I heard of toilet-papering houses, of course, but it was only when I moved to Virginia that I actually saw a TP'd house. Winooski was not a rich town.

Then came Halloween. Back then, it was the children's holiday. We dressed up in costumes, went house to house demanding candy, and then ate ourselves sick. It was great.

Those kids who hadn't yet had their fill of destruction took the admonition of "trick or treat" to heart and kept track of which houses didn't fork over the goodies. Later that night they would return to reprise Mischief Night on the villains.

The day after Halloween was All Saints Day and marked the end of the short, destructive season. No tricks were scheduled for that day, of course. But if you left your jack-o-lanterns out after Halloween was over, come morning you'd find them smashed to pieces on the front walk. 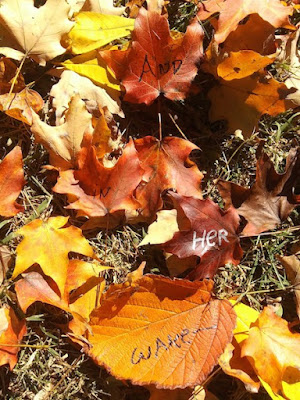 
Above, top: Jack-of-the-Porch, currently residing not far from our front door.