Those Who Do Not Learn From The History of Science Fiction... 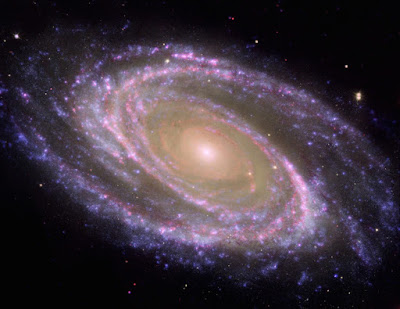 Over the years, I've taught occasionally at Clarion West, Clarion South, and Old Original Clarion. Literally every time I've taught, a student has come up with a story dealing with the folklore of Appalachia. And every time, I asked the student, "Have you read Manly Wade Wellman's Silver John stories?" the answer was no.

"You should," I invariably said."It would teach you a lot about how this sort of story should be written."

I was talking to an editor recently who was complaining about the newest generation of SF writers. "Not only do they not know the history of science fiction," he-or-she said. "They don't want to know. It's of no interest to them."

Well, I get it. Life is short, and there's a lot of science fiction to read. I belong to the last generation of writers who entered the field having read literally every significant work of science fiction there was -- because that was the last time such a feat was possible.

Still, it's a foolish strategy for two reasons. The first is that if you're going to reinvent everything from whole cloth, your stories are necessarily going to be less accomplished and far less interesting than the works of writers who are going into literary battle fully armed.

And the second is that if nobody reads what came before them, who is going to read your work when you're gone?

End of sermon. Go thou and sin no more. Write better stories.


Above: M81 Galaxy. Photo courtesy of NASA. False color, of course. A bit of astronomy would be another useful thing for new writers to learn.

'...I asked the student, "Have you read Manly Wade Wellman's Silver Jack stories?" the answer was no.'

You haven't read Manly Wade Wellman's Silver Jack stories either, Michael. You've almost certainly read his Silver John stories, but it must have been a while back since you forgot the name. Also ....

They're frickin', frackin' fantasy! So you're hardly being an advocate for young writers to read historical SF, now, are you?

Same thing applies to fantasy. Only its history is less well known and much more poorly documented.

Thanks for the correction.

Pardon my manners. I hadn't had my coffee.

The problem I have with the 'John the Balladeer' stories is that no matter what evil John faces, he only has to recite a verse from the Bible (or at most use his silver-stringed guitar as a club) and everything will be fine. So he never *really* needs to worry about the ghosts, vampires, one-legged monstrosities, etc, that he might meet. There is no tension. There is never any sense of danger. That's my view anyway...

Which, Rhys, gives you something to react to when you write YOUR stories where the protagonist will have a harder time of it. The point is not that the writers of the past were perfect, but that we learn something from reading them -- as you evidently did.

Michael, may I suggest another fantasy and SF author (and editor) who is close to being forgotten? Avram Davidson could tempt a reader into a story, lead them around by the nose through local color, great dialogue, and historically accurate slang and idioms until they get irritated (feeling that the story is going nowhere) and then BANG!,the story bites them in the butt. I bet nine out of ten young authors would find some of his stories worth studying.