A Simple Solution to the Bathroom Wars 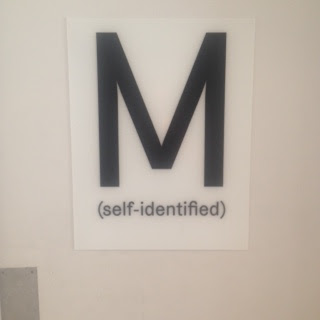 On my first visit to Russia, a fan took me aside and, lowering his voice, said, "Tell me. Is it true that your Samuel R. Delany is... of a different persuasion?"

"Queer as can be!" I said cheerfully. "He's written entire books about how gay he is."

And my friend nodded in a way that indicated he was taking my theory about Chip's sexuality into consideration.

Russia is anything but enlightened on the LGBT front. So you can imagine how surprised I was last month to discover a simple way of evading the current, entirely-unnecessary debate over which bathroom transgendered people should use.

I was in a convention center in Moscow when I felt the call of nature. So I followed the signs and found myself suddenly standing before a large open space with free-standing sinks at which women were washing their hands. Beyond them was a wall of doors with behind each door a toilet.

You don't often find yourself in an unfamiliar category of public space. So I stood a distance back from the arrangement, watching while several men hurried past and into the little rooms. Then, when I was clear on the rules -- that all the rooms were available to people of all genders -- I did my business.

Unisex bathrooms. This was the dire, society-destroying threat that sank the Equal Rights Amendment decades ago. And yet, they're nothing new. I grew up in a house that had one. You probably did too.


Above: The men's room door at the Institute of Contemporary Art in Philadelphia. Another pretty simple solution.

Horrors! What's next? Panic in the streets? Human sacrifices? Dogs and cats living together?? Yes, Mike, I think this is a "crisis" we can work our way out of -- and survive.

That's the way my (admittedly hippy) school did them too. No sign on the door. Walk in and do your business.