The Most Boring and Glamorous Job in the World 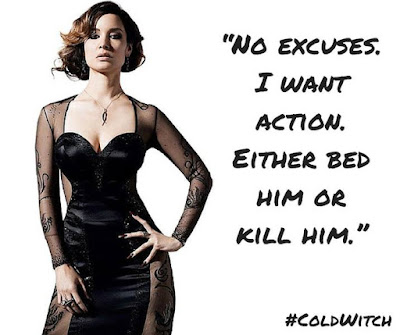 I'm probably exaggerating here -- there must be something simultaneously more boring and more glamorous than autographing signature sheets to be tipped into limited-edition books. But I honestly can't think of what that might be. And I've certainly never done it, whatever it is.

Years back, I had an Easton Press limited edition book and the way it worked then was that you got paid a dollar per signature page. It wasn't a challenging job. I had to stay alert so my autograph didn't devolve into a scrawl (I take that sort of thing seriously) but at the same time, it was undemanding enough that I could do it while watching television. 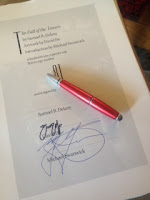 I thought about this yesterday as I was autographing sheets for the Fall of the Towers trilogy, three of Samuel R. Delany's earliest novels. I wrote an introduction for the Centipede Press edition and, believe me, I felt honored to do so. Chip's books were very important to me when I was learning how to write and my admiration for him remains undiminished. In his influence on science fiction, he is second only to Robert A. Heinlein. So, quite seriously, my writing the intro was a bigger honor for me than it was for him. And autographing the sheets was a small price to pay for it.
early work by

But, my goodness, it's a boring job.

That's a bit of promotion that the folks over at Serial Box did for "A Week Without Magic," the episode I guest-wrote for The Witch Who Came in from the Cold.  Pretty nifty, huh? Though I doubt very much that Tanya would wear such a dress. She's a career KGB agent, a witch caught up in a covert magicians' war, and deadly serious. (One of my favorite moments in my episode is when an acquaintance yanks her chain by asking "Has the KGB finally issued you a sense of fun?") Anyone who imagines Tanya dressed like that has obviously seen way too many Bond movies.

Which, not coincidentally, is a part of the plot.

But if you want to know how, you're going to have to go to Serial Box and either buy the episode or subscribe to the series. I recommend subscribing. It really is a lot of fun.

You can read an essay I wrote for the blog about writing the episode here.