"Not So Much," Said the Cat 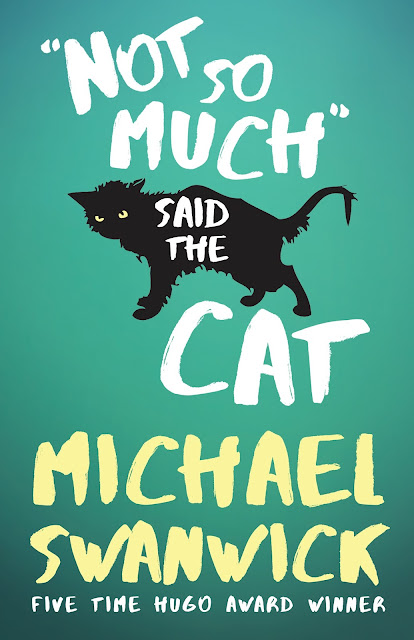 Publishing is a funny business. Not long ago, I announced that my latest short fiction collection, The Dala Horse, would be published this summer by Tachyon Publications. And that statement is, with one small exception, still true.

Now the collection will be called "Not So Much," Said the Cat. Same table of contents, same publisher, same author. So why the change?

Funny story. The Dala Horse, the collection, was named after "The Dala Horse," the story, which is contained therein. The story was published on Tor.com, which routinely offers stories from its site in e-format at 99 cents a pop. So when The Dala Horse, the collection, was put up for pre-order on Amazon, their systems connected the two separate items and made the obvious conclusion that they were different versions of the same thing. So the link to buy the story went below the link to buy the print book.

Looking exactly as if you could buy the entire collection for 99 cents.

Amazon is notoriously resistant to making changes in situations like this. They simply will not separate the two titles.

So it turned out that the easiest way to solve this problem was to change the name of the book.

On the bright side, I know have a new brilliant cover for my collection. That's it up above. By the aptly-named Elizabeth Story. I think it looks terrific.


Above: The cat is, of course, Beelzebub -- but "Not," as he says, "the famous one, obviously" -- who plays a major role in "Of Finest Scarlet Was Her Gown." Also, of course, in the collection.

Posted by Michael Swanwick at 2:35 PM

I'm not complaining about Amazon. Just explaining why the book had to be retitled.

If this sort of thing happened only to me, it would be maddening. But since it happens to everybody, it's merely what is.