The Dala Horse & Three from Asimov's 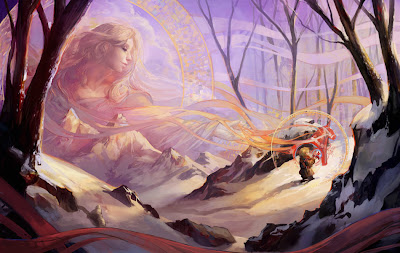 I'm in virtual print again!  I know it's silly to feel so happy about it when Dancing With Bears is on the bookstore shelves in hardcover.  But I am nonetheless.  "The Dala Horse" just went up at Tor.com with a beautiful illo by Julie Dillon.

It's a sign of how little attention I pay to the business side of things that earlier I reported it would be available in e-book format without realizing that it would also be posted on the Tor.com site.  If anybody who pre-ordered a copy is irate at me for this, let me know.  It wasn't an effort to squeeze a few extra shekels out of people, but my habitual disorganization that was responsible.  This is why I have an agent to handle my books.

You can read "The Dala Horse" here.


And speaking of Philadelphia writers . . .

The esteemed Tom Purdom has just created another mini-collection ebook titled Three From Asimov's, because it comprises three novelettes that were originally published in Asimov's Science Fiction.  Here's how he describes it:


"The Path of the Transgressor" received great reviews from both the Locus Magazine short fiction reviewers.  It's an action story that centers on the relationship between an animal behavior researcher and his made-to-order wife.  "Research Project" is a first contact story about herbivorous aliens who land on Mars; it presents the story of one of the aliens, as told by a human researcher, as read by a nine year old girl who is reading it on an advanced ereader.  "Civilians" is the last of the three "military brat" stories I discuss in the second part of my library memoir WHEN I WAS WRITING (also available on the Nook and the Kindle).  The civilian members of several military families are caught in a violent situation and forced to decide if they're going to act like soldiers or civilians.

Tom is a terrific writer and the mini-c is only three bucks.  So those of you who are tech savvy may well want to buy it.  On sale, Tom tells me, for the Amazon Kindle and the Barnes and Noble Nook.

And speaking of great deals in short fiction . . .

I'll probably be blogging this tomorrow, but what the heck.  I'm going to be at Readercon over the weekend, and giving away copies of a small and very collectable signed-and-numbered limited edition chapbook, The Nature of Mirrors.  If you're going to be at the con, just task for one and I'll give it to you.  It's that simple.

Through no fault of anyone (except perhaps amazon?) my digital pre-order for the Dala Horse didn't until my pre-order of Dances with Dragons (i guess because I pre ordered them at the same time?). Not that I'm really put out by this, since I like reading on my kindle...

Ha - I was just coming over here to comment The Dala Horse, and I see you've blogged it.

i) I enjoyed it greatly

ii) You've been dead lucky with the illustrator. I hadn't heard of Julie Dillon before but I'll have to keep my eyes out for her.

iii) I fear I'm an obtuse reader sometimes (which makes it a trial that I love Gene Wolfe's work so much) but - oh damn - I guess this is a spoiler. If you're not a habitual user of rot13, then the text below can be decoded by cutting and pasting it into http://rot13.com:

And on the subject of rot13, I hope it will make your life just a tiny bit better to know that there is one word in the English language which, when rot13ed is not only still an English word, but is its own synonym:

I do hope I haven't said that here before - it never ceases to delight me.

Looking at the story now, I see that the resolution was not as obvious in the text as it was to me. I may have to add a line or two when I put it in a collection.

Europe screams in rage because Gunther is no longer hers, and therefore she has no right to be in Sweden anymore.

Tsk. How could I have not seen that that information was not on the page?

I tried leaving this comment on the Tor.com page, but it kept telling me that there was already a user named Eileen Gunn, and that I wasn't her. But I *am* her!