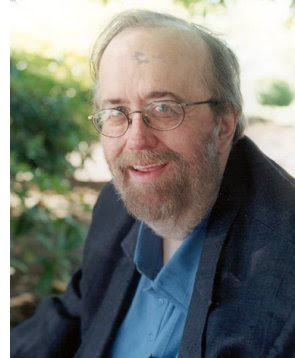 At Readercon recently, I chanced to mention to Ken Houghton that I had just bought Lucius Shepard's new Subterranean Press collection The Dragon Griaule, despite the fact that it cost forty-five bucks and contained only one story I hadn't read before.  There aren't many people who can inspire me to spend that much money for a single story.  But Lucius is one of the great writers of our times and the Dragon Griaule stories, taken collectively are a major work of fantasy.  So I snatched it up.

Anyway, I chanced to mention to Ken that I planned to review the new story, The Skull, here as soon as I read it.  On Friday, Ken asked when he'd see the review and I replied, "Soon, soon."

Then I started reading the story.

Discovering that I was in no hurry to reach the end.

In fact, I started thinking I might go the very first story in the sequence, The Man Who Painted the Dragon Griaule, and read through the complete saga first.  After which I thought, maybe I'll read through all the stories in Tachyon Publications' neew Sword & Sorcery anthology first, to immerse myself in the distant sources of Lucius's series.

Because for all our analysis and critical ideation, fiction  is first and foremost a visceral pleasure, even a sensuous one.  And there is no reason for us to rush through our pleasures.

So I may be some time at this one.

And for all those gonnabe writers in need of tough love out there . . .

Take a look at the second full paragraph of The Skull.  The first full paragraph details how, after the destruction of the Dragon Griaule, his skull was transported at enormous expense and difficulty through the jungle over the course of decades to a distant capital city.  Only to arrive after the tyrant who ordered this feat done had died.

Here's what comes next:

Adilberto's obsessions were not those of his father.  He spent the bulk of his reign pursuing wars of aggression against neighboring states and the skull became a roosting place for birds, home to monkeys, snakes, and palm rats, and was overgrown by vines and fungus.  His son, a second and lesser Adilberto, restored the skull to a relatively pristine condition, transformed the land around it into an exotic garden, bronzed the enormous fangs and limned its eye sockets and jaw with brass, jade and copper filigrees that accentuated its sinister aspects and inspired the creation of tin masks that years later came to be sold in the tourist markets.  He adorned the interior with teak and ebony furnishings, with gold, silk and precious stones, and therein held bacchanals that established new standards for debauchery (murder, torture, and rape were commonplace at these revels) and contributed greatly toward bankrupting an economy already decimated by the excesses of Adilberto I and Carlos VIII.


Okay.  Have you studied that paragraph carefully?  Beautiful stuff, eh?  Now take a good look at what it doesn't contain.  It has very few adjectives and only two adverbs.

Next, boot up the story you're working on right now and do a search for "ly" -- see how many adverbs you've got?  Most of them are not only not needed but actually weaken your prose line.  You should go through the text and remove most of them.  Including every adverb that appears after the word "said" (or intoned or hooted or snorted or plainsonged or whatever) -- those are signs of insecurity on your part.  You don't trust the dialog to sound menacing so you specify it's said "menacingly."  You don't trust the courtesan's words to sound flirty so she says them "flirtily."  You don't trust the king's assent to sound grudging so he says them "grudgingly."

If that's not clear in the words, well, you need clearer words.  Not an apologetic adverb to come on stage and say, "Here's what the dialog was meant to convey."

Now take a look at the overgrown serpent-infested jungle of unnecessary, insistent, opalescent adjectives which clutter the lucidly pristine prose you are trying to put down on the dark and stormy page.  Compare your prose to Lucius's.  Notice how much more effective his is?

Get our your machete.  Start chopping.  Don't stop until you're standing knee-deep in blood.

All done?  Excellent.  Here's a tissue.  I know that hurt, but it's a lesson that all serious writers have to learn if they want to walk in Lucius Shepard country someday.  I can't say that it's for your own good.  But it's for the good of your fiction.

Oh, and all those bleeping italics?  Get rid of them too.


Posted by Michael Swanwick at 8:49 AM

All true. But that's mere craft. What's more impressive is Shepard's ability to generate and swing around the metaphorical imagery and similes in profusion.

It's more true of Shepard's earlier stuff than his recent work -- but, boy, is that one of the hardest capabilities to learn and manage, and the only other guy who's achieved it in the SF field was Ballard (e.g. "...the windshield glass frosting around her face as she broke its tinted surface like a death-born Aphrodite ... her uterus pierced by the heraldic beak of the manufacturer's medallion..." etc.)

It would be churlish to point out that Shepard tends to be not so strong on the plot/structure/subtext ends of things. I guess I am a churl. I have never yet read a Shepard novel that for me has not fallen apart.

But, arguably, such deficits don't really matter. Because when it has been all working for Shepard, stories like "Life of Buddha," "R&R" and "The Jaguar Hunter" are classics of world literature. They nay not yet be generally and fully recognized as such, but they are.

And in that sense none of us are going to play in Lucius Shepard country.

I tried reading Jim Butcher's first "Dresden Files" novel out of curiousity. I stopped when I ran into a sentence that read something like, "'Screw You!' she shouted angrily."

I could go on forever about the virtues of Lucius's writing. That tin mask, to cite one small example, is so evocative and delivered with such restraint. I can see exactly how it looks, and I wish I owned one.

I grew up reading all the TSR generated Dragonlance and Forgotten Realms novels in the excess times of the 1980's before working backward to Howard and Lovecraft and Bradbury. I also took a turn though James Silke (a la "ropes of blood!" "nipples of orchid and lips vermillion").

All that to say, I needed this lesson. Thank you.