How to Read "Eighteen Songs by Debussy" 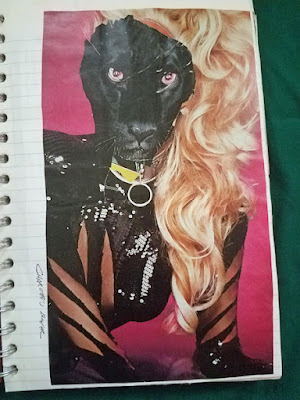 A few months ago, I went to a recital of songs by Debussy by Lyric Feast at The Academy of Vocal Arts. As I listened, I wrote a story for each song, starting from the libretto for each song and adding a science fiction element. The stories were all set in the same world and, as they progressed, united to tell one overarching story. The next day, I did a clean-up draft and popped the resulting story, "Eighteen Songs by Debussy" in the mail.

It was published a little over a month ago in the March/April issue of Asimov's Science Fiction.  I was pleased how it came out.

If you want to understand the story properly, however, you should take the following steps:

1. Read the story through.

2. One by one, Google "Debussy" "English translation" and the name of each section. That will give you the poems the songs were based on. (Those fortunate enough to read French can go straight to the originals.)

3. Locate the songs on whatever music source you use, and listen to them.

As mentioned before,  the good people at Tor.com are promoting my forthcoming novel, The Iron Dragon's Mother, with an ongoing sale of the ebook of Chasing the Phoenix. For the entirety of the month of May, it's on sale for 2$.99.

You can find a more riveting sales pitch and buttons leading to the sale item on various platforms here.

Above, you'll see what looks like it might be one of my collages. Actually, it's a fashion photo. But it gave me a character. This is Lieutenant Anthea, Caitlin's judge advocate. (I scrawled "Charlotte's lawyer" beside the picture because I was still trying out names for the protagonist of The Iron Dragon's Mother and because I hadn't yet checked on the terminology for military lawyers.) The glare, the hair, the panther face... all those went straight into the novel unchanged. She's wearing a uniform in all her encounters with Caitlin, of course. But that's how she might be dressed for a night on the town.

Lieutenant Anthea was a good character. And I doubt I would have found her if without the  Image Book.


Above: For those who came in late, my latest novel, The Iron Dragon's Mother, will be published in 46 days. To draw attention to this fact, I'm serializing the Image Book I made to help me imagine a strange world for the book.

Posted by Michael Swanwick at 11:47 AM