The Image Book for The Iron Dragon's Mother 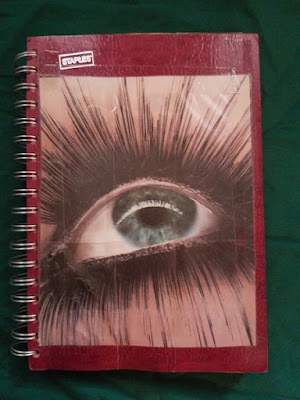 In the beginning is the word. For novels, at least. There's that moment when you write the first word and everything that follows becomes possible, and that's a wonderful sensation.

But--in my case at least, all writers having their own ways and methods--before the word comes the image. When I decided to write the novel that became The Iron Dragon's Mother, I began by compiling images that had the kind of "feel" I wanted for the novel. Strange and otherworldly. Archetypal. Evocative. Something to arouse the muse.

Above is the cover of the book. 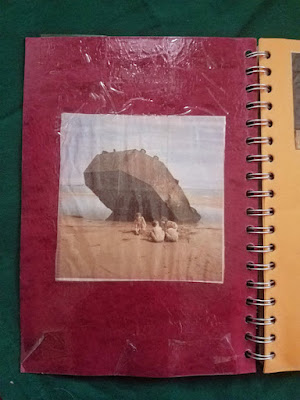 Here's the inside cover. The pic was cut from an art magazine, I believe. 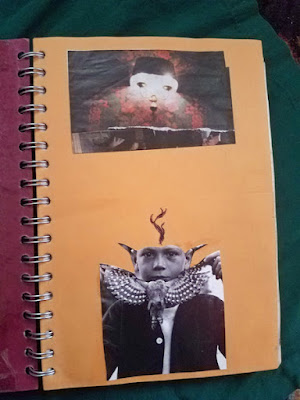 Two more images.The bottom one is not a collage but a newspaper photo (I think) altered with a pair of scissors. The flame was added by pen.

There are more than a hundred such images and I'll be sharing one or more a day until I've posted them all here, in order. Sometimes I'll have something else to talk about and then I'll put it at the top of the blog. But there will be a new page at the bottom of the post.

Only 70 days until The Iron Dragon's Mother comes out!