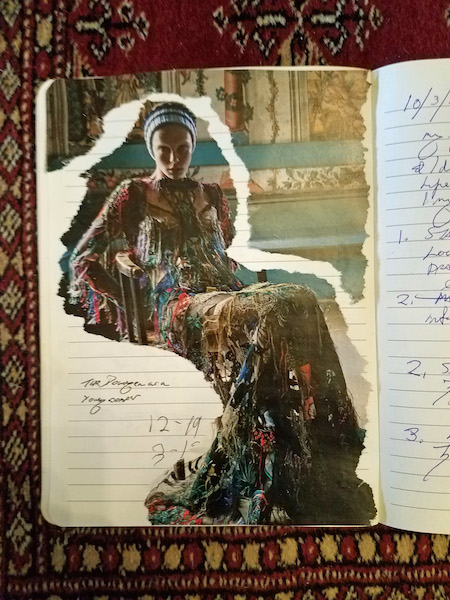 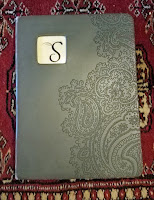 I am, I am told, a more visual writer than is usual, in that making sketches and pasting pictures encountered in random magazines into my notebooks is a major element in my process of world creation. Most writers, apparently, don't do this.

The other day, I came across an old notebook from 2017 (that's it to the right) and in it were a few of the characters I was trying to bring to mind.. So I thought I'd share them with you.

Top: The Dowager as a young woman.

She was a lot more innocent and vulnerable then. And far less dangerous. 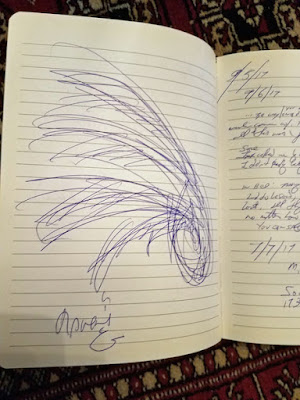 Sometimes my entry is only a sketch--often, my take on the soul or innerness of a character. The sketch immediately above is of Raven, who started out as a minor character but quickly grew in significance.

I make no apologies for the quality of my drawing. We all have our crosses to bear. 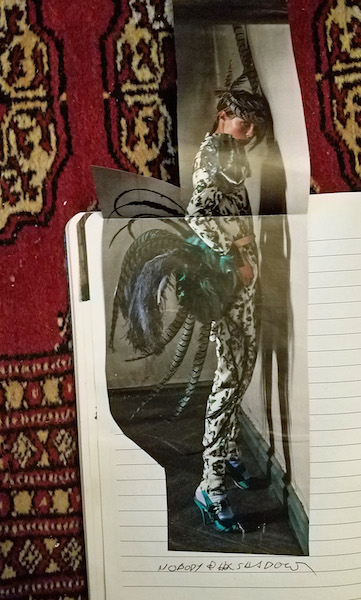 Above: Nobody and her Shadow.

This is an interesting character because she never made it into the novel. That happens sometimes, and I'm sorry for it. The Shadow would have been a separate (though connected) character. 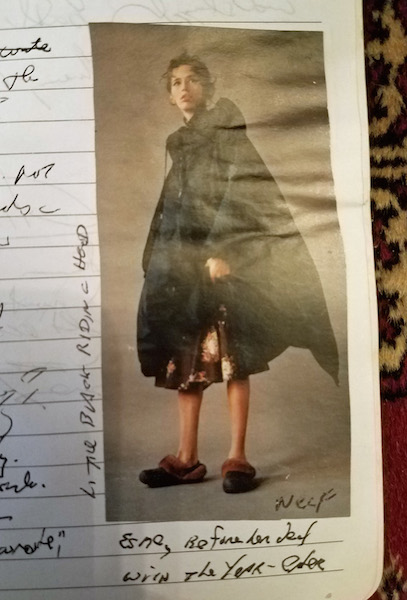 Strangest for last. When I first pasted this in my notebook, I had no idea who the character was. I wrote nelf on the picture itself. But I wasn't getting an elfin vibe from it at all. So I tried again and wrote Little Black Riding Hood. Which shows I wasn't even sure what piece of fiction she might go into. (I also wrote The Legion of Riding Hoods, which I still think would make an entertaining comic book title, on the facing page.) Finally, I listened to the picture itself and wrote Esme before her del with the Year-Eater underneath--and that one stuck.

Esme was going to be a minor character when she first appeared in The Dragons of Babel But she grew in significance as the novel went on. That she would pop up in The Iron Dragon's Mother  was completely unexpected.

What makes this picture particularly strange is that the girl shown is significantly older than the Esme in the books. The Year Eater is a mysterious entity and while everybody thinks they know what it means to make a deal with her, him, or it, apparently no one does.