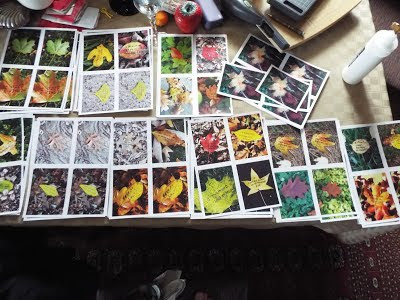 As you may know, Marianne Porter is not only my wife but also the founder, owner, and sole employee of Dragonstairs Press. She creates chapbooks, usually but not always with content provided by me, and sells them at what I'm pretty sure is a fraction of their true value.

Marianne refers to Dragonstairs as a "nanopress" and describes her business as following the "Beanie Baby model." Her creations are priced low enough that they can be bought on impulse. Not coincidentally, most of her books sold out long ago.

On Friday, Marianne put her latest work, Fallen Leaves, up on her website. Here's how she described the original project:

The Fallen Leaves Project was carried out during October, 2015, in multiple locations around Philadelphia, including Laurel Hill Cemetery, West Laurel Hill Cemetery, Morris Arboretum, and Gorgas Park.
Michael Swanwick composed “epitaphs”, and wrote them on fallen leaves. The leaves were photographed by Marianne Porter and Michael Swanwick within a few feet of where they were found and left where they were, to be discovered by passersby. Or not. The photographs were posted daily throughout October on Twitter, Facebook, and Swanwick's blog. In total, ninety-four images were created. 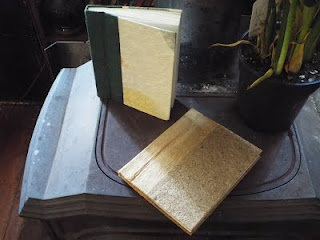 And here's how she described the ensuing book:

Fallen Leaves is a set of albums made of hand-crafted mulberry paper, manufactured by Karin tribe members, with a selection of leaf photographs pasted in. Archival glue was used throughout. Each album contains fifteen images and no two albums contain the same set of images. Fallen Leaves is limited to an edition of twenty albums, of which seventeen are available for purchase. Green or brown bindings are chosen randomly.


At the same time as she put the book up on her site, Marianne sent an email to her regular customers, as a courtesy, informing them of its existence.

Less than twenty hours later, the book had sold out.

Sean and I told her she wasn't charging enough.

You can find the Dragonstairs website here.  Marianne is currently working on several more projects. An announcement is expected not too many weeks from now.