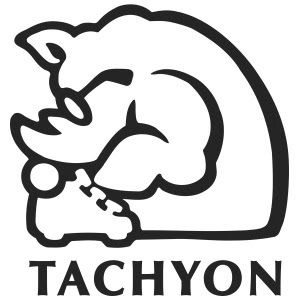 The mighty publicity juggernaut of San Francisco megapress Tachyon Publications has just posted their latest set of "Tachyon Tidbits." Which is to say, bits and pieces of news that apply to their books.

This is relevant because "Not So Much," Said the Cat, my forthcoming Tachyon collection, has just received its first review.

I am, I begin to realize, old, old, old. So old that I find myself out of step with the times. In my day (the late Victorian era, my dears), a proper author did not engage in self-promotion. That was called "careerism." Today, it's called "being responsible." Nor did one solicit one's friends to promote one's books with the implicit promise to return the favor when their own came out. That was called "log-rolling." Today, it's called 'signal boost."

So I find myself feeling quite faint at the thought of repeating the nice things the reviewer had to say about my book. Instead, I'll quote a little said about  each of the other Tachyon books mentioned in the post.


Of Patricia A. McKillip's forthcoming collection, Dreams of Distant Shores, a reviewer said:

I have never in all my reading days, as far as I know read anything by McKillip. How I have overlooked such a powerful storyteller I have no idea.

SPOONBENDERS, a hot manuscript about an eccentric family of magicians (think Royal Tenenbaums with psychics) by Daryl Gregory, has been acquired by Knopf for publishing and Paramount TV for television, in what sources say was a competitive auction on both fronts that involved multiple bidders. Terms of the deal were not announced, but the publishing-side advance is said to be at least in the high-six-figure range.


And another reviewer says of Cory Doctorow's nonfiction book (taking a deep breath here)  Content: Selected Essays on Technology, Creativity, Copyright, and the Future of the Future.

Ultimately, though, Doctorow’s essays in this collection, are still important for the ongoing discussion of freedom, personal rights, and access to information and the openness of the internet. Even though he lacks the specific factual and statistical research in most of his essays needed to drive his message fully home, I recommend everyone read these essays and to keep an open mind, because they are the start to addressing how we travel a very long road ahead toward a digital world, and I appreciated his work very much.


Plus, as I said, there was a review I am too old-fashioned to quote of my own book.

I hasten to point out that none of the people above blurbed my collection. Nor have I blurbed their books. Clearly, I belong in another century.

You can read the full posting here.

A possibly cheering thought - "The Dala Horse" is a good story, but I love the title "Not So Much, Said The Cat", especially in conjunction with that excellent cover. It's a book I'd pick off a bookstore shelf even if I hadn't heard of the author.

Perhaps the troubles with Amazon will turn out to be a blessing in disguise.