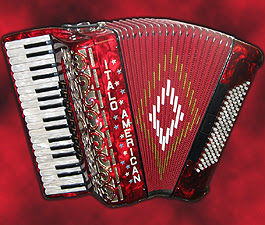 I'm feeling nostalgic.  So here's a story from long, long ago:

This happened at a Philcon, back in the day.  The hotel had a surprisingly large restaurant and a wandering accordion player who roved from table to table, playing snatches of music while people tried to to avoid eye contact.  This was back when Cyberpunk roamed the earth and science fiction had some claim to being cool, remember.  And no amount of Postmodern irony could make accordions cool.

Weaving his way between tables, as if by Brownian motion, the musician grew closer and closer.  Everybody at my table got tenser and tenser.  At last, he arrived and asked if we had any requests.

"Yes, I do," I said.  I handed the man a twenty dollar bill and pointed to a table at the far end of the room, where Gardner Dozois was hobnobbing with the movers and shakers of the field.  "I want you to go over to my friend at that table and play Lady of Spain."

The rest of my lunch was spent very pleasantly, watching Gardner try to josh, flatter, and cajole the accordionist  into moving on somewhere else while the musician manfully and enthusiastically earned what was surely his best tip of the day.

Two questions. One: has anyone ever mentioned to you that you're an evil fellow? And, two: how did Gardner Dozois get even with you for that (for surely he must have!)? --Mario

I think I deserve tremendous credit for the fact that I almost never give in to these impulses. Which, believe me, I have all the time.

No, Gardner never did anything to get even with me. Before today's post, I doubt he had any suspicion that accordion player was my doing.

Great fun. I read the story twice and I laughed both times.

Fellow I know, played the accordion, had to stop off at an address in a bad part of town on his way back from an accordion recital he'd been playing at. He didn't want to linger once he'd parked, as he had his accordion in the back seat, so he hopped out of the car and hot-footed it to the address he was visiting. He'd no sooner reached the door than he heard the sound of breaking glass from where he'd left the car, and he turned on his heel and dashed back, but it was too late! the rear passenger window was smashed, and there were two accordions in the back seat.