Mamas, Don't Let Your Babies Grow Up To Be Writers 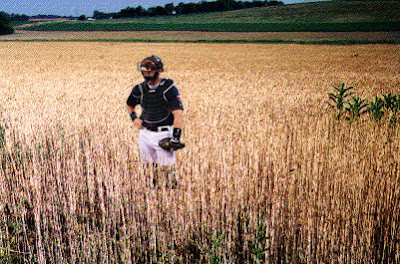 One of the candidates for vice president of SFWA has a proposal that a new category of member be created -- the Master or Professional category, for those who make a living from my own particular swindle of choice.  I won't go into the subtleties of his arguments or the complexity of his proposal.  But I will note that his definition of a Master Writer is one who earns at least five thousand dollars a year.

Give thousand dollars.  A year.

It's enough to make my inner catcher in the rye want to stand by the hideous cliff of Publication and shout, "Kids!  Turn back!  Become carpenters or truck drivers or nurses!  Even pizza delivery guys do better than this!"

But of course no writer is ever sensible enough to heed such advice.  As one of our number once observed: We're all mad here.