My First Graphic Story Ever! 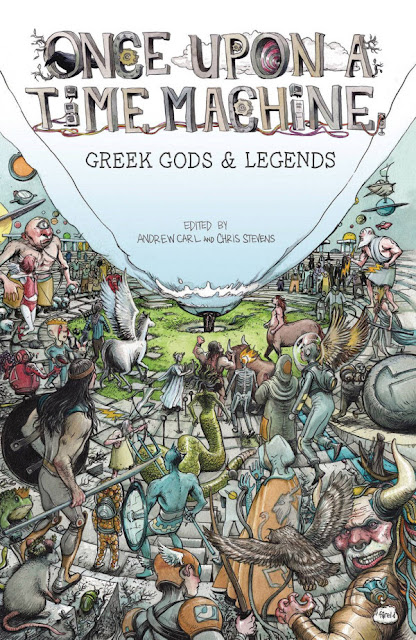 I have news. In April, Dark Horse comics will publish Once Upon A Time Machine: Greek Gods and Legends. It's volume two of an anthology of graphic stories that was pretty successful a few years ago. And I have a story in it!

This is the first time I've written a comic book script (or whatever it's called). It's an interesting medium to write for -- extremely concise and far more concerned with the images than the words. It wasn't until writing this that I understood Scott McCloud's contention that the most important part of a comic is the gutter -- the space between panels. But he's right. That's where all the movement takes place. Which is to say, that the action is conveyed not by individual pictures but by the relation of each drawing to the next one.

My story is titled "The Long Bow," and it answers one of the mysteries of The Odyssey that everybody should find baffling, but apparently very few have ever thought about. (And yet the clues are in the text.)


The man responsible for -- yes! -- drawing the long bow is Joe DellaGatta. I'm extremely happy with his artwork, both for the way it amplifies and make clear the plot and simply as as graphic art.

I haven't seen any of the other stories, so all I can tell you about the rest of the book is that it's edited Andrew Carl & Chris Stevens, best known for the Eisner and Havey Award-winning book, Little Nemo: Dream Another Dream.  So the odds are that it'll be good.

Congatulations! Everything in this life starts for the first time.