To Fund The Autumnal City 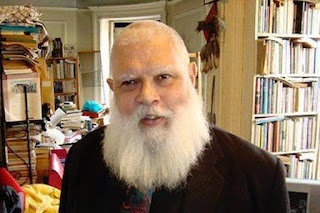 Over at Indiegogo, Kenneth James is raising money to fund the journals of Samuel R. Delany. Chip is not only one of the most significant writers of modern science fiction, second in his influence only to Robert A. Heinlein, and he had the rare good fortune of being recognized as an important writer at a very early age. So his papers have been carefully conserved.

In all, there will be at least five volumes. Volume one, In Search of Silence, is already complete and will be published by Wesleyan University Press at the end of the year. It cover's Delany's teenage years through the end of the Sixties,when he established himself as an important writer. Volume two, Autumnal City, covers the Seventies, the era of Dahlgren, Trouble on Titan, and Tales of Nevèrÿon.

If you're feeling like a patron of the literary arts, you could scarcely sink your money into a more worthy cause. Also, these are books I want to read.

You can find the Indiegogo page, with tons and tons of info, here.

Posted by Michael Swanwick at 7:44 AM