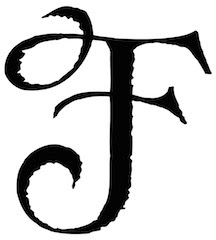 Long ago, I gave Gardner Dozois a fresh-off-the-typewriter copy of what would be my first published story, "The Feast of Saint Janis," for his judgment and advice. When next I saw him, he handed it back with a big smile and said, "Congratulations, Michael. You're the first human being ever to write a story about rock and roll without using the word 'fuck.'"

"Oh, golly," I exclaimed. "I'd better do something about that."

So, yes, I have to admit that I have a tendency to underuse obscenity. But, being aware of it, I consciously go through my fiction to insert it where needed.

My reluctance to employ Billingsgate stems from two sources. The first is a statement a friend once made that such words are employed as "meaningless intensifiers." Which is to say that if you were to take an obscenity-laden passage and substitute "very" for every "fucking," you would have changed the meaning not one whit.

The second was something  Robert Anton Wilson said somewhere in his Illuminatus! trilogy, that when primates feel threatened they throw feces -- but when those primates are writers, they employ scatology.

This is an observation that explains so much.

Among other things, it explains the review I read online yesterday, of a book or a play or a movie -- I am deliberately vague here to avoid giving offense to someone whose sin was not only small but very, very common -- he or she absolutely despised. It was a very witty piece of prose, one of those critical bloodlettings that are such guilty pleasures to those of us they are not aimed at, and it was rife with this and that and the other words.

I thought they added nothing. So I reread the piece, mentally eliding them. The result was beyond dispute funnier, wittier, better. What I had just read was a very talented writer expressing their fear of being stuck forever, writing reviews of things they despised.

So there's my advice to new writers: If there are a lot of obscenities in your work, go through it, imagining what the text would look like without them. If they add nothing, take them out.

I, meanwhile, will be going through my work, seeing if they need to be put in.

Thank you! I have been beating this drum for decades, especially since having children. When used as meaningless intensifiers, not only do swear words add nothing, they detract from what one is saying by drawing attention to themselves away from the argument being made.

And when they do belong in a sentence, often the lengths you have to go to to avoid them can result in more creative writing. I point to Douglas Adams in Life, the Universe, and Everything, and the award for the most gratuitous use of the word "Belgium" in a screenplay.

More seriously. I have never once been paid to write a single word, so my thoughts on the matter have only the smidgen of relevance, especially when they're posted on a pro's blog.

However, for that smidgen's worth: profanity when used in dialog often has a singular advantage over more genteel prose in that it has the advantage of *being how people actually speak*.

And the reason they speak that way, in addition to the obvious vocabulary-limitation reason, is rhythm, and the admitted accident in the alternate you suggest that "very" begins on the accent.

"A f*cking masterpiece" is iambic trimeter. But "very much a masterpiece" is trochaic. In English, the trochaic sounds more unnatural and less powerful, if only because it peters out, while the iambic ends with the cymbal crash. It is the wolf, unleashed.

I will admit to occasionally, while watching Jeopardy! with the wife, mentally recasting it as Vulgar Jeopardy!, where every answer must be in the form of an obscenity:

"Who the fuck was Teddy Fucking Roosevelt, Alex?"
"That is incorrect. You dumbshit."

(I amuse myself easily.)

In my fiction writing, I try to use such words appropriately; rough characters sometimes use rough language.

I did, once, use variations of the word "fuck" about a dozen times in a single sentence, in a comment to someone's blog post about politics. But this was during the Bush administration, so I figure I can probably be forgiven for it.

Okay, what about Gardner Dozois's "Kingdom by the Sea"? Can you justify each curse word in it? And I hold that work in high regard, and I would never accuse such a writer of gratuitous obscenity. But is every word, even in such a masterful piece, necessary?