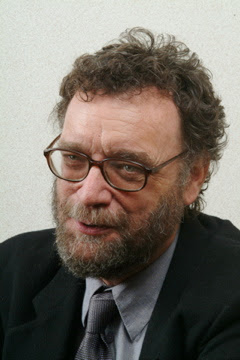 Long, long ago, in the early years of this century, I ran a feature on my webpage called Unca Mike's Bad Advice. It was based on the realization that science fiction writers in particular are extremely generous with our advice to aspiring writers and that this practice was only encouraging them to replace us in the affections of our readers and budgets of our editors. So I decided to engage in a little written self-defense by providing advice that would cut off the next generation ofwriters at the knees.

In a few weeks, I'm going to resurrect this column under the new name of Ask Unca Mike.  It will run here every Friday.  In the meantime, here are a few classic responses from the archives:

Joseph asks:    In today's market, what could a moderately successful science fiction writer expect to pull down per year? Will he or she be able to live, or just feed his or her goldfish?


A moderately successful writer – we're talking midlist here, and reasonably prolific (say one novel every eighteen months) – ought to be able to pull down eighty to ninety thou a year, easily. Toss in a couple of short fiction sales, and call it an even hundred thousand bucks. If you've been writing more than two or three years and haven't hit this mark yet, I'd advise you to throw in the towel.

KC asks: I have writted SF since JUne last year, n only F&Sf send any replies. Analog does not n Asimovs nor Amazing. As for F & Sf, they keep rejecting my works. maybe I don't know how to write stories but some of my ideas have even been praised by Greg Bear n Ian Stewart. How do i turn them into engaign, saleable stories?THank u very much!
Bye!


The solution to your problem is so simple, you'll kick yourself for not coming up with it on your own: Sell your ideas to Greg Bear and Ian Stewart! Or, for that matter, to just about any science fiction writer. All the top writers are always in the market for hot ideas. You should see how their eyes light up when a stranger approaches them with a great notion for a novel and an offer to "split the profits." Not me, though – I just bought fifteen years' worth of ideas from a guy in Newark. But anybody else.

Steve Taylor asks: How do you avoid incredibly duff dialogue? The stuff I write down is so awful that it pains me to read it. My ear can tell good dialogue from bad. Why can't my writing hand?

Avoid duff dialog? Why on earth would you want to? Do you for an instant believe that someone like, say, Lucius Shepard, who on a good day writes like God's own Stasi agent, outsells a talentless purveyor of multivolume fantasy pap like [name accidentally lost to line noise]? Absolutely not. Here's an exercise: Go to any book store and pick up volume 8 of any fantasy trilogy. Don't drop it on your foot! Now ask yourself, could any reader possibly wallow through 1,200 pages of this bilge, if he had to read ever word? No chance. "Thou foul caitiff!" the spunky heroine cries. "Hast never thou ..."

Okay, thinks the reader. Princess Whatserface doesn't like the Dark Lord. His finger moves halfway down the page.

Personally, I like to work out my dialogue out loud, when there's nobody else in the house. That's how I snapped a tendon. One character said something that needed correction. The other had a snappy comeback. I delivered it with a hand-waving flourish ... and there was a wall in the way. Ouch.


Back in the Sixties, we used to say, "A clean mind, a clean body - take your pick." Today, it's seven-figure tripe or nine-finger art. The choice is up to you.


If you have a question for Unca Mike, you can post it below. Or write to AskUncaMike ("at" sign) gmail.com.  I'll respond to those I have the best answers for.

You are an evil, evil man, Swanwick.

I have, in the dark past when submissions were actually made by snail mail, advised newbies to submit stories in yellow ink on magenta paper. "It's a real attention getter!"

Bruce, I can teach you nothing.

Well gosh - my words of 12 years ago still resonate around the internet.

Though despite your fine advice, I have still not snapped a tendon while writing. Maybe soon...

Q: How do I learn to write?

A: A lot of people will tell you to read a lot; to analyze what you read to see what works and how it works; to write and rewrite and rewrite.Don't listen to them. That takes years when you could be raking in the big bucks. Instead, pick an established writer -- a generous, helpful type such as Unca Mike -- and follow his advice to the letter.