The Last Important Writer is Dead 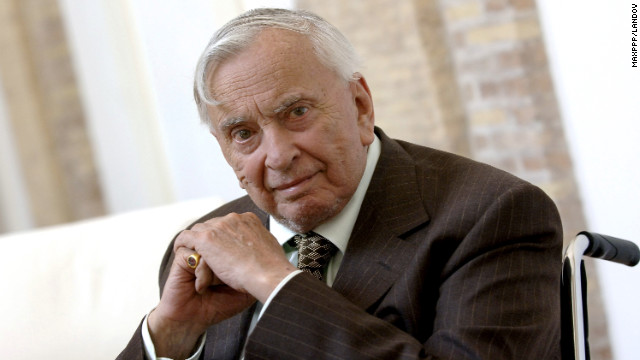 "As I make my way, gracefully I hope, toward the door marked Exit. . ."  Thus began Gore Vidal's last memoir, Point to Point Navigation.  I listened to it on disc while making a repeated 300-mile car trek between Philadelphia and Pittsburgh, and the fact that Vidal himself narrated it added immeasurably to the experience.  The Old Trickster set out to charm the pants off his readers and auditors and settle a few old scores along the way and he succeeded admirably on both counts.

In one of Vidal's many interviews, he remarked that he "used to be an important writer" and the overmatched interviewer hastened to assure him that he was still important.  But Vidal said No, there was once a position of Important Writer, someone whose opinion would be routinely solicited on any matter of national import, but that position didn't exist any more.

That was quintessential Gore Vidal.  He set you up to defend conventional wisdom and then hit you with something so unexpected, so new to your experience, that you had to stop and think about it before responding.  Even then, after you'd made up your mind as to where you stood on what he'd just said, you were far from sure you were right.

My conservative friends would say that he was a radical leftie, and maybe they're right.  Certainly, he made a hash of William F. Buckley during the 1968 Democratic Primary in Chicago.  But I think he was radical Something Else.  Most liberals don't view Abraham Lincoln as the worst American president ever and Teddy Roosevelt, creator of the National Parks system as an unmitigated disaster.

Whatever he was, Gore Vidal is now gone.  He was a born troublemaker, and he did his job with zest.  God (in Whom he did not believe) bless him.

Yikes!  A Canadian-language-literate friend points out that a term I used for Newfoundlanders, which I'd heard used respectfully and with affection, is one of those words which are acceptable if you are one but otherwise emphatically not.

So I've excised it from my blog.  All the people I've met here have been good folks and I wouldn't want to insult them for all the world.  My sincerest apologies if I have.

As a Canadian who is not from Newfoundland and Labrador, but is from Alberta, the second home for many of our Maritime friends, I truly think it's a person-to-person sort of deal. Thousands of 'Newfs' work in the oil patch here and most commute home on a regular basis. The term Newfie hasn't been an issue - as far as I've seen (at least here in Alberta) - because it's invariably made good-naturedly. An old pal, Dave, has been likened to Newfalophagus, the great philosopher. Anyway, best to assume that some people from that fine province don't appreciate the term