Mike Resnick: The Man With A Thousand Little Rockets 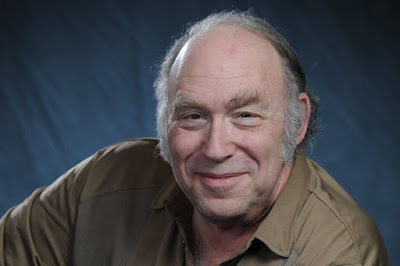 Terrible news. Mike Resnick died today. He was a born storyteller, prolific author, tireless editor and anthologist, and a man who loved science fiction. Uncharacteristically for a genre writer, he had great business savvy. Virginia Kidd, agent and feminist icon, once told me she would never have Mike as a client because, "He understands the negotiating process too well. He'd be forever on the phone, checking at each stage to see if I was doing it right."

Mostly, he was one sweet guy.

Mike had something like a thousand of those rocket pins they give you when you're nominated for a Hugo. (I exaggerate the number, but only in the service of emotional honesty.) Sometimes, for a Worldcon, he would haul them out and frame his con badge with a batch of them and then fill the Nebula Nominee with more: row upon row of little rockets. It looked like he was assembling a coat of mail. And making good time on the project, too.

Somewhere along the line, we both became aware that we were often competing for the same Hugo. So, during the scrim before one award ceremony, I went up to him and said, "Mike, since it will have no effect whatsoever on the outcome--I hope you win."

Mike lit up. "And on exactly those same terms," he said, "I hope you win!"

Of course, as these things usually worked out, we both lost. But we had an instant tradition. Year after year after year we exchanged gracious and only slightly insincere wishes for the other's success.

And now the man who wrote so much and so well is gone. Losing a Hugo will never again be as much fun as it used to be.

Mike's good friend Janis Ian suggests you go to the library, get out one of his books, and read it. That's the way writers want to be remembered. I cannot improve upon her idea.

If you're flush, you can also contribute to the crowdfunding campaign to pay off his medical bills. It's scandalous that the simple act of dying can visit financial pain a writer as successful as Mike Resnick but this is the world we live in. There's an article on Boingboing about the effort and a link to the site. You can find it here.


Above: I swiped the picture of Mike from Boingboing. But it's in a good cause, so I don't think they'll mind.

Mike once was stand-in accepting a Hugo for someone who wasn't at that Worldcon -- for a Hugo he'd been nominated for.

This is so very appropriate. Mike was (forgive me) a stand-up guy.